It is expected that operation and planning of electricity distribution systems is going to make more use of flexible resources, such as end-user flexibility (demand response), battery storage systems and electric vehicles. They flexible resources may among other things contribute to handling an increasing variable renewable energy being integrated in the distribution system, such as photovoltaic solar energy. Optimal use of flexible resources requires a foresighted form of operational planning where one accounts for the value of having available flexibility in the future. Simply put, if one wants to utilize the flexibility of having a fully charged battery in the afternoon, one may have to make sure to charge the battery in the morning. 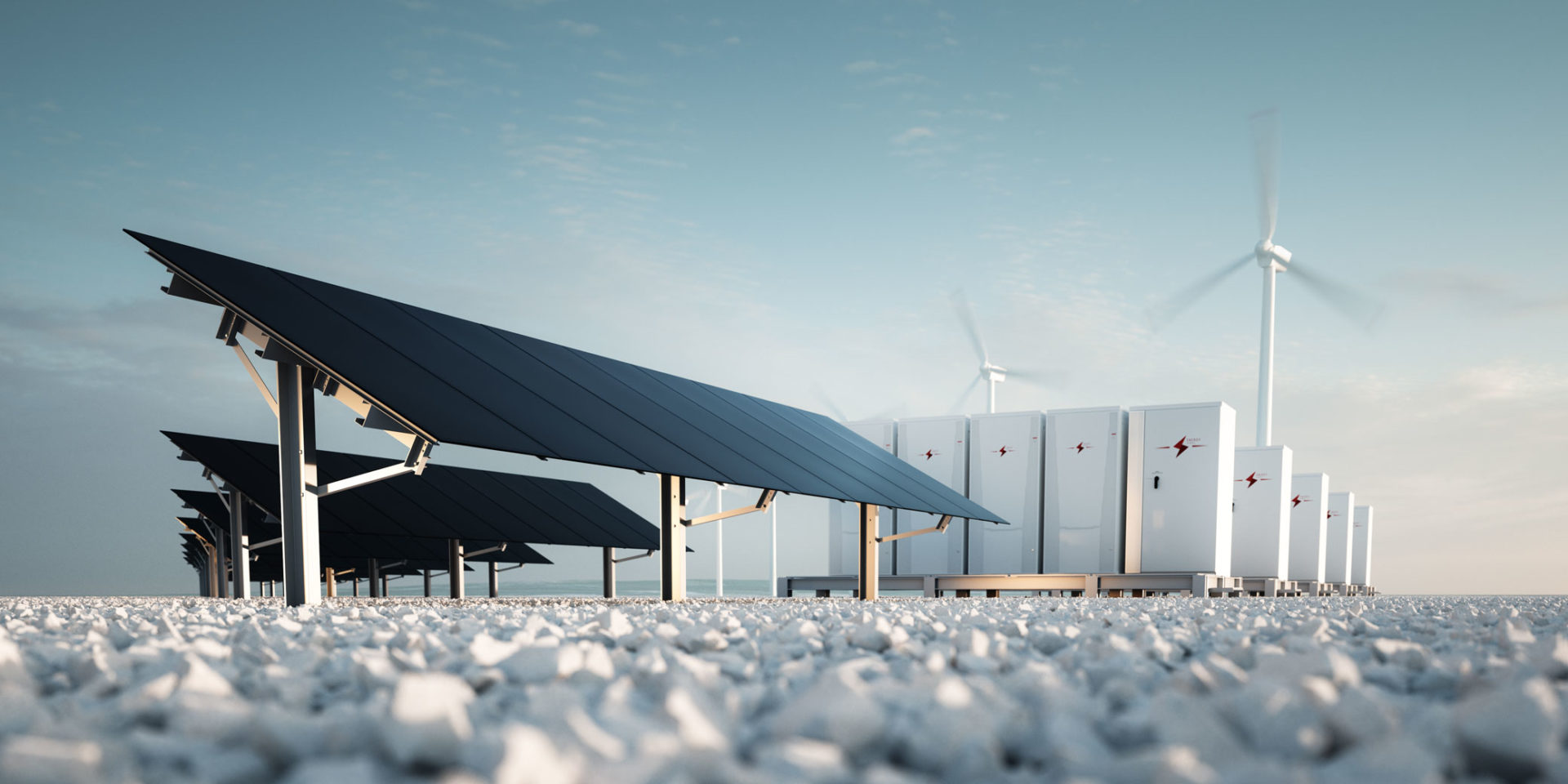 The work presented in this blog post is a result from the research centre CINELDI and is published in an article in the open access journal Energies: I. B. Sperstad and M. Korpås, “Energy Storage Scheduling in Distribution Systems Considering Wind and Photovoltaic Generation Uncertainties,” Energies, vol. 12, p. 1231, 2019.

Hydropower reservoirs and batteries: Can the value of storing the energy be calculated in the same way?

But the future is uncertain. For instance, if the battery is to be charged using solar energy, it is uncertain how large the solar power production is going to be later in the day or the next day. The value of keeping the energy stored for later use, instead of using it now, is in this case dependent upon the uncertain solar power production, in addition to variations in electricity prices during the day.

In CINELDI we have therefore carried out calculations for this valuation problem for flexible resources in distribution systems with simplified variants of the methods used within the hydropower industry. Through the work we have shown that similar methods can be used for solar power and wind power as for hydropower. But the work at the same time shows that there are differences between the energy resources (hydro, wind and solar) that needs to be considered in the calculations.

For how long should one keep the energy stored in the battery?

A shortcoming of much previous research is that the operational strategy does not explicitly account for the value of having energy stored beyond this planning horizon. If one does not assign any value to this energy, one typically ends up depleting the energy storage at the end of the planning horizon, e.g. at the end of each day. This is not optimal in the long term. This case is illustrated by the orange curve in Figure 2. If one instead assumes that this energy would be of great value to have available tomorrow, one would on the other hand keep the energy stored in the storage system, as illustrated by the purple curve in Figure 2.

How transferrable is hydropower scheduling really to other flexible resources?

One objective of our work was to develop and analyse operational strategies that explicitly account for the future value of stored energy (beyond each planning horizon) in distribution systems with solar power. As mentioned above, the operational planning (scheduling) of such energy storage systems may appear to be quite similar in principle to the scheduling of hydropower.

Hydropower with reservoirs is by far the dominant flexible resource in the Norwegian power system, but primarily contributes to flexibility on a transmission grid level. Figure 3 shows the historic development of reservoir levels in Norwegian hydropower reservoirs. For this analogous hydropower case it is important to take into account the future value of stored energy: For instance when one is uncertain of how much reservoir inflow there will be in the future and the reservoir levels are already low, it can be of relatively great value to keep the water stored in the reservoirs instead of using it now.

Figure 1 above illustrated the possible analogy between a hydropower storage system and a battery in a distribution system. But the validity of this analogy has not been thoroughly investigated, which was indicated by the question marks in that figure. Among other things, there will be different time scales that are relevant for the two cases. And for solar energy one needs to consider solar irradiation instead of inflow, etc.

Another objective of our work was therefore to test the analogy by applying the principles for analysing a hydropower storage system to an energy storage system in a distribution system with solar power. We also compared the solar power case with wind power, as another example of distributed renewable and variable power generation.

Within the hydropower domain, one has for decades been developing and applying optimization models for scheduling production and analysing power systems and power markets. Since the principles we have tested for the optimization of distribution systems are similar, we first need to spend some time to illustrate the principles behind the so-called water value method. A central concept here is water value, which is the expected future value of having an additional kWh of water (energy) stored in the reservoir. Technically speaking, this is therefore a marginal value. To calculate water values, one needs to account for uncertainties, variabilities and correlations for inflow. At a given time one can decide to use the water now or to keep it stored for later use, but the future is uncertain, and for each of the choices there is a possibility there is going to be much inflow or little inflow.

This decision problem is illustrated in Figure 4 for the case we have investigated, where the corresponding uncertainty is whether we will have much or little sun or wind in the future (e.g. tomorrow). If one calculates and applies the water values correctly, one schedules charging and discharging in such a way that one, on average, 1) avoids shortage of energy when it will be needed and 2) avoids spillage of energy.

Case study: Keep or use stored solar and wind energy?

In a case study we have analysed operational strategies for an energy storage system in a distribution system with both wind and solar energy. The distribution grid is based on parts of a real Norwegian distribution grid, and we have used measured time series for wind speed and solar irradiation for the same area of Norway. The scenarios for wind and solar power and battery storage are hypothetical, however: We have assumed installation of e.g. solar panels on rooftops in such a large scale that it leads to voltage rises in the distribution grid; a battery is thus a possible solution to utilize as much of the potential solar power production as possible and at the same time keep the voltage within the limits for the grid.

For this case we have used a so-called dynamical (or multi-period) optimal power flow model that we have developed. It has been applied to analyse both distributed wind energy and solar energy, accounting for the uncertainties and time correlations for these two energy sources.

Figure 5 shows the calculated “water value” as a function of the storage (“reservoir”) level for the battery storage system. For the wind energy case we find that the value of keeping the energy stored in the battery until tomorrow depends quite strongly on how much wind there is today. Moreover, the value of storing an additional kWh decreases with increasing storage level. The reason is that if the battery is almost fully charged, the chances are greater that there will be produced electrical energy that cannot be utilized because there is no room to store it. The latter also applies for the solar energy case, but here the value barely depends on the how much sun there is today. The reason is that solar energy varies in time with a daily pattern, with production always turning to zero during night-time, in addition to time correlations being somewhat weaker for solar energy than for wind energy.

We have furthermore simulated an operational strategy that accounts for the “water values” that we have calculated. This corresponds to a more foresighted form of operational planning than disregarding the future value of keeping energy stored beyond the planning horizon. In the article we show how this operational strategy in the long term gives lower total operational costs and less renewable energy production that cannot be utilized (i.e. less energy spillage). The case study thus demonstrates that the analysis principles used for hydropower also can be applied to analyse distribution systems with flexible resources. But the work also provides more insight into what differences between hydropower, solar power and wind power that are important to take into account in such analyses.

A concrete example of such differences is the obvious daily pattern in potential solar irradiance. The weak dependence of the “water values” in Figure 5 on the amount of sun suggests that there is less need for very sophisticated modelling of solar uncertainties than the case is for wind power and hydropower. For further work one could however investigate if this picture remains the same when considering even shorter planning horizons and higher time resolutions, as the time scales typically are much shorter for solar and wind power than for hydropower.

An example of possible applications of this work is in analyses of flexible resources applied to ensure security of electricity supply. For such application it will be important to take into account the value of having available flexibility in the future to avoid possible interruptions in distribution systems or electricity rationing in microgrids. The work carried out in CINELDI may also form the foundation for analysis models for markets on a distribution system level, corresponding to the market models currently in use for analysing the hydropower-dominated Norwegian power system on a transmission system level.

Finally, we should emphasize how the research work described in this blog post builds upon research carried out at SINTEF and NTNU over a number of years, and that the work also is coordinated with ongoing research that considers related problems from different perspectives. A selection of related references is listed below:

5 comments on “Keeping solar and wind energy stored in the battery: What is the value?”