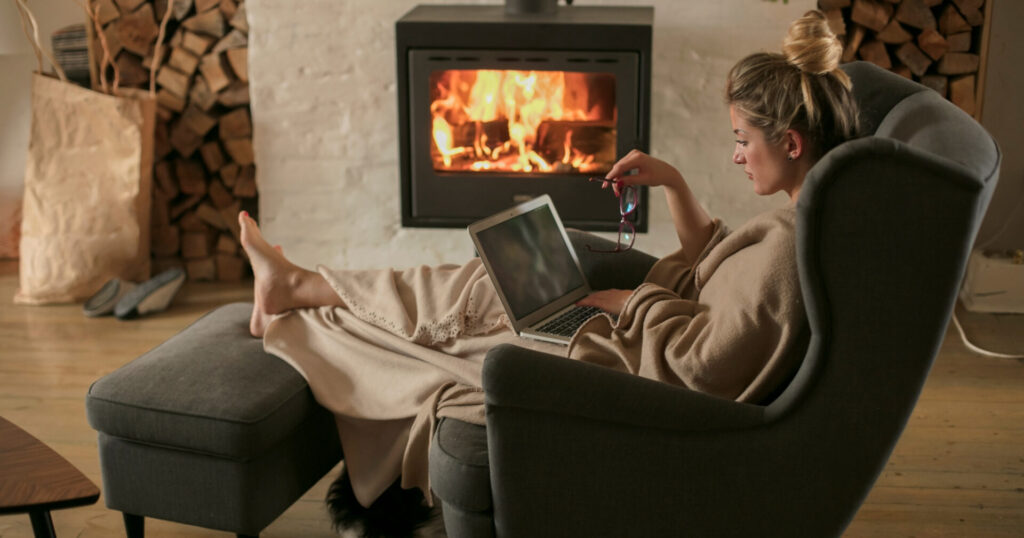 Covid-19 has improved air quality in many parts of the world. The Norwegian Institute for Air Research (NILU) pointed out in an article last year that Covid-19 had resulted in a significant improvement of air quality in the summer months in all European countries, including Norway, because of a marked reduction in traffic.

Now, the cold is upon us again, and with it increased wood burning. As NILU also points out, wood burning can be a notable source of small particles emissions – especially from older stoves. These emissions contribute to reducing the air quality, especially in larger cities.

The importance of using the stove correctly during home office use

Being at home more means the need for heat is greater. This makes it all the more important to use your stove in a way that minimises particle emissions. If you do things right, you can reduce particle emissions by 50% to 80%. A key point is to give the flame the correct amount of air, as explained in this video:

Use the stove as often as possible at its “nominal load”. What the nominal load is for your particular stove is explained under “technical information” in your stove’s installation and operation manual – a document which is carefully thought out by the manufacturer. It is written to make it possible for you the consumer to use the product in the best possible way. If your manual has been lost, contact the manufacturer to get a new one. Nominal load is the load at which the stove gives its best results, both in terms of particle emissions, carbon monoxide emissions and efficiency. The big question is how do you as a user regulate the air intake to allow the stove to perform at its nominal load (as well as possible, in other words). The most telling sign of optimal combustion is the colour of the flame: it should be light-coloured and have blue tones close to the wood (see the video above). The flames should not be filling the whole combustion chamber.

Another important tip is to light up from the top. This also contributes to reducing particle emissions considerably. See our video explanation:

Read also: Is it better to light your stove from the top using small wood chips?

The relative contribution of wood-burning to total particle emissions can be expected to increase this winter, since Covid-19 will continue to impact traffic for a while. But being home more and working from home will obviously mean existing wood stoves will be used more, with the increase in emissions that follows. That being said, there would need to be a lot more wood burning going on than normal to reach the total emissions levels of a normal year.

In addition to normal maintenance and sweeping of your stove and chimney, there is a lot more you can do to minimise particle emissions from your stove: 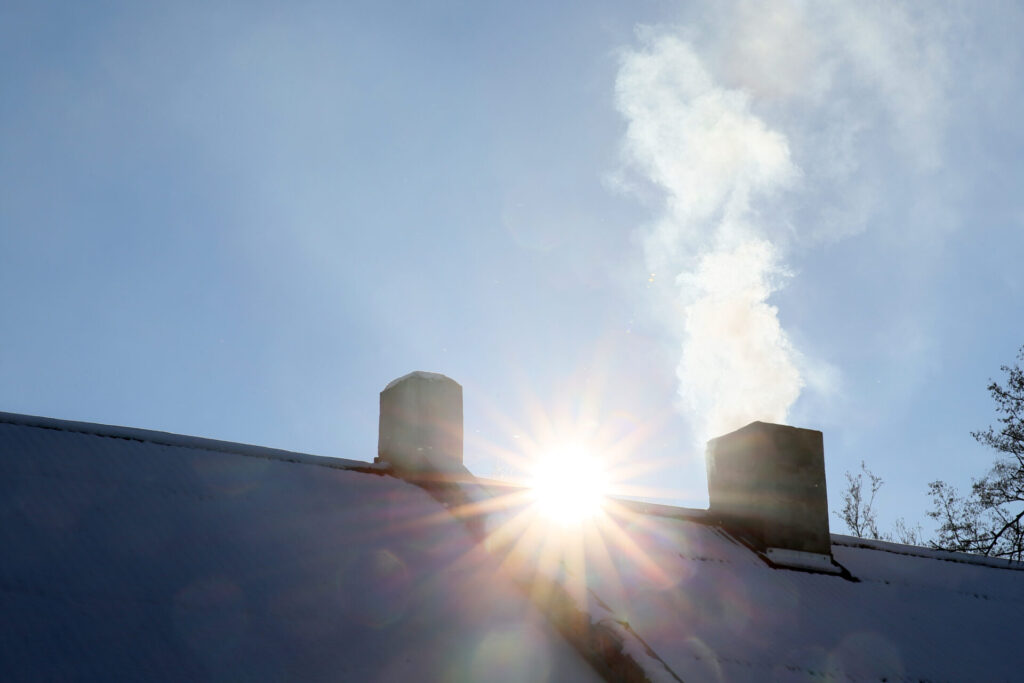 If old stoves are replaced with new ones, and if everyone uses them correctly, wood burning’s contribution to the total emissions of particles will go down sharply – while allowing homeowners to enjoy the timeless cosiness of a wood fire.

In many jurisdictions, authorities have put into place incentives to encourage homeowners to replace their old, inefficient stoves. Contact your local council to ask if such programs exist in your area!

In Norway, the cities of Bergen and Oslo have for many years given money to homeowners in exchange for their old stoves, in an effort to reduce particulate matter pollution in the winter. Even with this incentive program, only about 8% of the old stoves of the Norwegian capital have been replaced. It is such a small proportion that it doesn’t contribute very noticeably to an improvement in air quality.

In Bergen, a financial incentive has been in place since 2017, but around 30 000 old stoves still have not been replaced. From this year (2021) the city of Bergen will forbid the use of open hearths fireplaces and old stoves (older than 1998) unless their owners can document that they satisfy the emissions norm (Norsk standard NS 3058/59-1994).

Relieving the grid and contributing to energy security

Wood-burning stoves can relieve the grid in periods of peak electricity consumption, thereby reducing the need for costly grid improvements and contributing to energy security.

Biomass, including wood, is an important part of Europe’s energy production plans to achieve climate neutrality by the year 2050.

So, if you wish to contribute to an environment- and climate friendly future, light your fire correctly in a modern, clean-burning stove.