Traditional methods for calculating a country’s greenhouse gas (GHG) emissions account for the production processes taking place in that country. Emissions associated with goods that are produced elsewhere are not accounted for in the country’s total emissions, despite the fact that they are consumed within its borders. This means that a country could theoretically reduce its emissions by producing less and importing more. Consumption-based accounting addresses this problem. 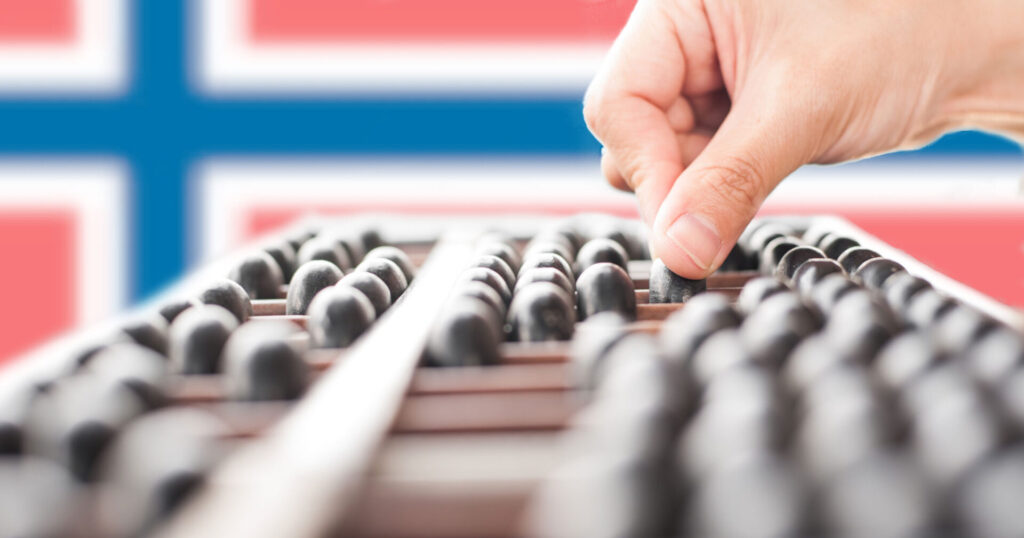 The Norwegian government released a report describing the new climate plan on the 9th of January. The plan includes a series of measures aimed at curtailing climate change by reducing GHG emissions. A major part of the plan concerns emissions from transport, with measures such as increasing carbon taxes, providing subsidies for zero-emission vehicles, expanding the charging infrastructure, etc. The plan also lists a range of measures for the agriculture and forestry sectors and outlines various initiatives for the industry in general.

As the measures focus heavily on GHG emissions, it is worth bringing up the topic of how GHG emissions are accounted for. The report describes the evolution of Norwegian GHG emissions during the period 1990 to 2019, by type and emitting sectors. It shows that GHG emissions in Norway have remained virtually unchanged since 1990 [1, Figure 2.4.]. As signatory to the Paris agreement, Norway has pledged to achieve a 50-55% reduction of GHG emissions in 2030 compared to 1990 levels. Seeing Norway’s emissions decreased by only 2,4% between 1990 and 2019, the pledge could be seen as an ambitious goal as well as a monumental challenge.

The report reiterates a fact that is widely known: the challenge of mitigating global warming is, as the name suggests, a global challenge. This means that even if Norway manages to reduce its national emissions to zero, it will be of little help if the reduction is offset by increases overseas. The importance of considering a global perspective is consequently addressed on several occasions in the report, in particular when discussing the risk that more stringent local regulations may lead to carbon leakage.

Carbon leakage is defined as the increase in CO2 emissions outside the countries taking domestic mitigation action divided by the reduction in the emissions of these countries [2]. For example, an increase in local fossil fuel prices may lead to reallocation of production to other countries with less stringent regulations, hence leading to higher emissions in those countries and therefore to carbon leakage. Carbon leakage, and the impact of Norwegian consumption overseas, is discussed recurrently throughout the report, with respect to different issues:

Nevertheless, the climate plan resorts to the United Nations (UN) International Panel on Climate Change (IPCC) methodology for emissions accounting, which states that GHG emissions are assigned to the countries emitting them. This is referred to as production-based accounting (PBA), resulting in production-based (PB) emissions. Hence, the 50-55% emission reduction goal effectively ignores, at least quantitatively, the problem of carbon leakage. The methodology is briefly questioned in a boxed side note on page 33, mentioning that neighbouring Sweden has adopted an alternative accounting methodology along the one suggested by the IPCC (explained in [3]), where emissions associated with imported products are included in the country’s carbon footprint. It is also stated that the Norwegian Environmental Agency will “look closer” at methodologies facilitating such an approach, which in the environmental literature is referred to as consumption-based accounting (CBA) (and derived consumption-based (CB) emissions).

To exemplify the difference, consider the road transport sector. One key component of achieving a 50% reduction of Norwegian emissions by 2030 is to continue electrifying the transport sector. Norway is already the world leader in electric vehicles, and it recently made international headlines as the Norwegian Road Federation announced that the sale of electric cars outstripped those powered by other means for the first time in 2020 [4]. This milestone was undoubtedly reached through targeted government policies, including subsidies, incentives, infrastructure development, etc. Because electricity generation in Norway is almost entirely based on hydropower, switching to electric cars is an effective way to decrease national emissions. If all vehicles were to be electric, the country would indeed reach a near zero-emission road transport sector, using a PB perspective.

Now, consider your new 4WD Audi e-tron SUV, that allows you to drive to your cabin 200km away, skis and kayak on the roof, its spacious trunk stuffed with enough supplies to survive months of Covid-19 lockdown – all this while having a clean environmental conscience, because hey, your car is powered by crystal clear mountain water simply abiding by the laws of gravity! Isn’t that great? Using PBA, the emissions associated with your Audi will indeed only include those occurring in Norway: the production of the electricity used to charge the battery, the heating of the Audi dealership where the car was sold, the energy used during the dreaded biennial vehicle inspection, and so on.

The spacious Audi, although purchased in Trondheim, was most likely assembled in Germany, using car parts stemming from all over the world. The steel, for instance, was probably manufactured in China, perhaps from iron mined in Sweden. Each of these manufacturing steps entails additional emissions. Using PBA, they are assigned to the country where they occur, despite that they are, in fact, caused by the demand from another country. Using CBA, however, they are assigned to whomever purchased the final product; in this case, the cabin-happy consumer in Norway. These embodied emissions are not negligible. Steel manufacturing, for instance, is a particularly carbon-intensive process. China produces almost half of the world’s steel, which in 2015 emitted 1.5 Gt of CO2 [5], accounting for 4,3% of the global CO2 emissions for that year [6]. Despite the fact that 14 % of that steel was directly exported [7] (and that a significant share of the remaining steel was embedded in other exported goods), PBA dictates that the emissions remain allocated to China.

The tool of choice for performing CB calculations is environmentally extended (EE) multi-regional input-output (MRIO) analysis (originally developed by Nobel-laureate Wassily Leontief). The mathematics behind it is explained in numerous scientific publications and books (see e.g. [8-10]), but the basic principle is that emission intensities (e.g. tonnes of CO2 per monetary unit of steel output) are calculated or estimated for different industries and processes in all countries / regions. By using national supply and use tables as well as bilateral trade data, the tool enables to estimate the upstream emissions associated with a final product (for instance how much emissions from the Chinese steel production are embodied in the Audi), and thereby to assign the associated emissions to the final consumer in Norway.

The difference between the two accounting principles can be substantial. The graph in Figure 1 shows the PB (production-based) and CB (consumption-based) CO2 emissions for Norway between 2005 and 2015, calculated using the OECD MRIO database [11]. CB emissions consistently exceeded PB emissions during the period, ranging from 10% higher in 2005 to almost 25% in 2011.

As such, EE MRIO enables to estimate the impact of Norwegian consumption on a global scale [13], which not only helps to assess the extent of carbon leakage, but also to determine whether or not the measures undertaken in Norway help reduce global emissions as well as local emissions. If Norway’s new climate plan does indeed aim to address the challenge of global warming, adopting a consumption-based perspective may constitute a step in the right direction.

At SINTEF, we have developed a tool for analysing emissions, employment, and value added along global value chains based on the OECD data. This tool can not only be applied to calculate CB emissions, but also to estimate how structural changes in the Norwegian economy may affect emissions, employment, and value creation opportunities in upstream industries in other countries, which constitutes fundamental knowledge for a successful transition towards a circular economy. One example application is shown in Figure 2, where we assessed the effects of increasingly resorting to repair and share services in Norway rather than purchasing new electronics and textile products. The analysis is performed using a global model; regional analyses can be performed using a derived model tailored for Norway [14]. The methodology was also applied for a global circular economy scenario [13-16].

SINTEF is currently working closely with the World Bank, the United Nations Development Programme, and the International Labour Organization to further develop this type of model at the national and global level, which enables to analyse effects of climate policies such as carbon taxes or investments in clean technologies on the Just Transition. Furthermore, SINTEF possesses the required expertise to help pave the way for consumption-based accounting in Norway, with researchers that have contributed to the advancement of the IO / MRIO field within several areas, including development of MRIO databases [19-21] and state-of-the-art methods for labour [22, 23], materials [24, 25] and capital [26, 27] accounting.

0 comments on “The Norwegian Climate Plan 2021: Towards a comprehensive emissions accounting framework that includes international trade”