Professor May-Britt Hägg of the Norwegian University of Science and Technology (NTNU) has been given the SINTEF and NTNU CCS Award 2017. She received the award for her long-lasting research on membranes, including both development of membrane materials, and membrane separation processes with a focus on CO2 capture. The award ceremony was held at the banquet of the ninth “Trondheim Conference of CO2 Capture, Transport and Storage” (TCCS-9) on June 13.

May-Britt Hägg is Professor Emerita at the Norwegian University of Science and Technology (NTNU), Department of Chemical Engineering. For more than 25 years, she has been active in research related to membranes, including development of membrane materials, as well as membrane separation processes with a specific focus on CO2 capture. 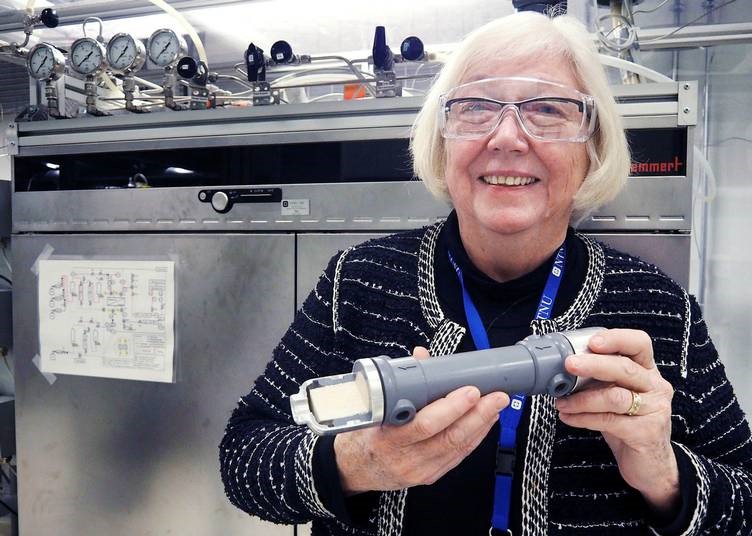 The Selection Committee for the SINTEF and NTNU CCS Award recognizes Prof. Hägg for her scientific breakthroughs in the field of polymeric membrane technology, combined with her efforts in using results from strategic research as a platform for developing new business opportunities in cooperation with technology vendors – a combination paramount for development of gas separation technologies.

Professor Hägg´s patents on the “fixed site carrier membrane” technology was licensed by NTNU in 2016, to membrane producer Air Products and Chemicals. The project was nominated for the prestigious ONS Award. The technology was successfully tested for full-scale application at the Heidelberg-Norcem Cement plant in Brevik, and at Tiller, SINTEF’s CO2 pilot demonstration lab in Trondheim. Professor Hägg also funded the company MemfoACT in 2008, and is currently one of the entrepreneurs for the company OT-Membranes (founded 2016).

Professor Hägg has supervised numerous MSc and PhD students, and she has established a strong and vital research group at NTNU with basis in her own research. Her scientific production covers an impressive list of topics, most of which are related to her membrane research including: fabrication, optimization, characterization, experimental and numerical feasibility studies, fouling studies, selectivity studies, and work related to mixed matrix membranes. She has 83 publications in international peer-reviewed journals in addition to around three hundred presentations and abstracts at conferences.

In particular, the Selection Committee acknowledges Professor Hägg’s continuous efforts in developing projects, and advancing possibilities for cooperation, between NTNU and SINTEF. Even after her retirement, she has been an active NTNU Professor in SINTEF projects.

This was the fourth time the SINTEF and NTNU CCS Award was presented. Earlier winners are Erik Lindeberg, SINTEF (2011), Tore A. Torp, Statoil (2013), and Gary T. Rochelle, University of Austin at Texas (2015). The Award Selection Committee 2015 has consisted of John Gale (IEAGHG), Andy Chadwick (BGS, UK), and Tore A. Torp (private, Norway). Nils Røkke acted as secretary to the Committee.