TCCS-9 is history! The conference held on June 12-14, 2017, drew 355 delegates from 24 countries, and had 125 oral presentations including 10 keynotes in five parallel sessions, and not at least more than 100 posters. Below follows a very brief summary of all the conference keynote lectures.

Nils Røkke (Executive Vice President, Sustainability, SINTEF) kicked-off the Conference by highlighting that the TCCS-9 conference is built on scientific quality and that it aims at being a meeting place were scientists, industry, NGO’s and the funding agencies meet, learn, discuss to gain new insights and ideas. He also shared the H2 – CCS vision for Norway and Europe.

Egil Meisingset (Deputy Director General, Norwegian Ministry of Petroleum and Energy, Norway) officially opened the Conference with his talk “CCS in Norway – Government Perspective”. He said that the Government’s view is that CCS is necessary. A new strategy was presented in 2015. The Government will invest in CCS development and seeks to establish at least one full-scale project. A golden opportunity now exists to establish a full-scale project in Norway. The aim is not only to reduce Norwegian emissions, but also to speed up the international development and motivate international actors to deploy CCS. He continued that state intervention can be justified in the starting phase of projects, and that it is possible to reach the goal of operating a full-scale CCS chain in 2022. To do so, strong partnerships are needed. The Government is prepared to shoulder responsibility for the cost related to transport and storage of CO2. The full-scale project aims to bring down the cost of CCS, but larger cost reductions are required.

Jarad Daniels (Acting Deputy Assistant Secretary, Clean Coal and Carbon Management, DOE, USA) presented the status of CCUS in the United States. His presentation included information about four full-scale CCS plants, and R&D efforts on various capture technologies, as well as storage infrastructures. At the National Carbon Capture Center (Plant Gaston, AL), for instance more than 40 capture technologies are tested. Mr. Daniels concluded that there are many uncertainties in terms of the future for CCUS in the US, one of them being the market and regulatory dynamics. 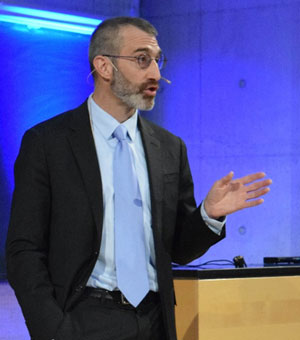 Mr. Dan Sadler (Special Advisor Northern Gas Network, UK), talked about the H21 Leeds City Gate project, a study with the aim of determining the feasibility of converting the existing natural gas network in Leeds to 100% hydrogen. This is part of an overall plan to reduce the UK carbon emissions by 80% relative to the 1990 level, within 2050. Reforming natural gas to hydrogen combined with CCS is a way forward making it possible to decarbonize electricity, heat and transport. Mr. Sadler argued that the hydrogen system represents the same risk as a natural gas system.

Irene Rummelhoff (Executive Vice President, New Energy Solutions, Statoil ASA), discussed her company’s positioning for a low carbon future. The last years have been challenging with a falling oil price, competition from renewables and high business costs. She said the company’s new vision supports the idea of providing energy for a low carbon future, and that their climate vision is developed to support the ambitions of the Paris Agreement. Statoil strongly supports the Norwegian full-scale project with CO2 capture from industrial sources, and hopes to be selected operator of the storage project. Statoil supports CCS and sees a huge potential for storing CO2 at Norwegian Continental Shelf. Furthermore, Statoil is excited about the idea of producing hydrogen from natural gas and the reuse of infrastructure for natural gas. Ms. Rummelhoff concluded that the world needs a variety of solutions, and that renewables, CCS, and hydrogen are part of the solution.

Trude Sundset (CEO, Gassnova SF) provided information about the Norwegian full-scale project, the CO2 Technology Centre Mongstad, and the CLIMIT program. Being the main responsible for all these activities, Gassnova has taken a holistic approach to CCS. She also addressed the important issue of how the CCS topic is communicated outside the expert circles, and advocated that it is perhaps time that the language is simplified. Abbreviations like CCS, EOR, IPCC, CLC, etc. does not make it easy for non-experts, and a simpler terminology could increase public engagement.

Mona Mølnvik (Research Director, SINTEF Energy Research) I presented the new Centre for Environment-friendly Energy, The Norwegian CCS Research Centre (NCCS). NCCS is set up to fast-track CCS deployment through industry driven science-based innovation by addressing the major barriers in demonstration and industry projects. I explained how the Centre is structured along two deployment cases, and gave several examples of current research activities. The Centre has a planned eight-year operational period, and has a specific focus on innovation and deployment.

Marius Holm (Managing Director, ZERO) argued that CCS is vital to reach international climate goals. He stated that the main challenges so far for CCS is the cost, which is quite high compared to solar and wind energy. In terms of future policy measures, he suggested a solution to sell low-carbon products (EPS, etc.), and mandatory CO2 deposit/funding from carbon extraction.

Marie Bysveen (Coordinator, EERA Joint Program on CCS) opened day 2 of the conference by addressing the need for continued focus on CCS and European R&I collaboration. From an EU perspective, she explained the Strategic Energy Technology (SET) Plan and the important work that is taking place in shaping the content of the 9th EU Framework Program for research. EERA, or the European Energy Research Alliance, is an alliance of European public research centers and universities.

Arvid Nøttvedt (CEO, Christian Michelsen Research AS) presented results from the research centre FME SUCCESS with a focus on safe and effective storage of CO2. He argued that the main problem with CO2 storage is still the high costs, and that an effective carbon-pricing scheme must be implemented. He went on by presenting many of the successful results the centre has produced during the last eight years, and concluded that success on the road ahead requires collaboration and partnership between policy makers, industry, and public, both on national and European levels.

Hidetaka Yamada (Senior Researcher, Research Institute of Innovative Technology for the Earth) presented the advancements in RITE’s CO2 capture technologies, including solvents, sorbents and membranes. The focus of the research on the advanced capture systems is large emission sources, and the aim is to have the technologies implemented for industrial use by 2030. RITE’s activities are supported by METI and NEDO.

Niall Mac Dowell (Senior Lecturer, Imperial College London) presented perspectives on the role and value of CO2 utilization in mitigating climate change. He pointed to calculations showing that the IEA 2DS involves mitigating more than 800 Gt of CO2 to 2050, and argued that CO2 EOR and CO2 conversion only could deliver 8-10% of this. He concluded that CCU will not deliver CCS as the scale for utilization projects is more in the kt, rather than the Mt range.

May-Britt Hägg (Professor Emerita, NTNU) gave the SINTEF and NTNU CCS Award Winner lecture. The informative presentation summed up the research activities of her long-lasting career at NTNU with focus on membrane development. In particular, she focused on the development of the FSC-PVAm membranes from the initial laboratory tests to commercialization. Having experienced personal success, she urged the researchers in the audience to be patient with their own activities. She stated that the road from idea to success could be long. In her case, it took more than 20 years.

Email Profile page
Amid the Covid-19 Crisis, the Climate Crisis Can’t Be Forgotten NCCS - The value of bringing the CCS world together

0 comments on “TCCS-9: Two days of CCS research and innovation in 750 words”