ELEGANCY is funded by ACT, an ERA-NET Co-fund project of Horizon2020. ACT has ten partners from nine countries, and is led by the Research Council of Norway. The first call had a budget of 41 MEUR, and for this call both EU and the member countries contributed with funding.

The idea of ELEGANCY is to build on the FP6 project – DYNAMIS in the new context of COP21, ACT, the SET Plan update and the hydrogen economy. In a hydrogen economy, hydrogen replaces carbon-emitting fuels used in e.g. electricity production, transport and heating. The reason hydrogen is an attractive fuel is because it’s only biproduct is water.

Hydrogen is not found in its pure form on earth though. Therefore, it must be produced from other sources, e.g. electrolysis or natural gas. It’s easy to see how a low carbon economy needs hydrogen for low emission heating, cooling, and transport. But, producing H2 from natural gas emits CO2. Therefore, this is one of the places for CCS technology to come into play.

CCS and H2 are mutually important for industrial decarbonization and power generation, whether it is fueled by hydrogen or based on fossil fuels with CCS. Further, the low carbon economy needs CCS to provide a credible carbon negative solution and provide the speed needed in the energy transformation and climate change mitigation.

The aim of ELEGANCY is to fast-track the decarbonization of Europe’s energy system by exploiting the synergies between two main low-carbon technologies: CCS and H2. The key elements in ELEGANCY are the H2/CO2 separation stage and the transportation, injection and storage of CO2. Experimental investigations will be performed for each of these. In addition, thermodynamic properties needed in the entire chain will be experimentally investigated.

This will be done through

A large number of choices must be made 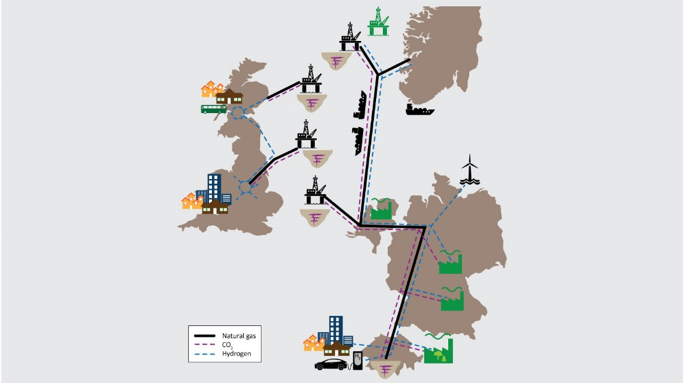 The figure above shows possible European chains of production, transport, storage and usage for H2, CO2 and natural gas in the five countries participating in ELEGANCY. This map illustrates the large number of choices that must be made about the future energy system:

Major stationary CO2 emission sources in Europe are located relatively close to offshore CO2 storage sites. ELEGANCY brings together research partners from key countries, including the UK, Rotterdam and Ruhr areas by introducing H2 as an energy carrier together with offshore CO2 storage.

Accelerating the implementation of H2-CCS systems through national case-studies

Five national case studies are included in ELEGANCY in order to accelerate the implementation of H2-CCS systems. The aim of the studies is to adapt technological and business case solutions derived within the project to national and regional conditions and market opportunities.

The Dutch case study will develop a roadmap for decarbonizing the Rotterdam Port and wider industrial region. The area depends heavily on oil and gas through import and export of oil products, oil refining and petrochemical operations as well as power generation. A credible path to decarbonization must therefore be via the implementation of H2 and CCUS.

The Swiss case study aims to demonstrate the key role of CCS in addressing the two major Swiss emission sources:

Transport currently accounts for 40% of CO2 emissions in Switzerland. It is therefore essential to decarbonize the Swiss transport sector. Optimization of H2 production is thus important. The case study also aims to prepare the way for a CO2 storage site. This will be investigated alongside the development of deep geothermal energy. For this reason, the case study will favour the decarbonization of Swiss building stock, which accounts for another 30% of total CO2 emissions in Switzerland, through increased use of geothermal energy replacing natural gas. Finally, the Swiss case studies technology for negative CO2 emissions. 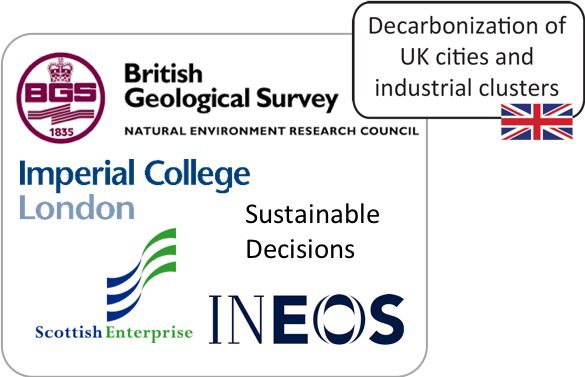 The H21 Leeds City Gate Project, a study of 260 000 homes, provides evidence that converting the UK gas network to 100% hydrogen, integrated with CCS, is not only technically possible but economically viable.

Planning for the UK H21 Roadmap is currently in progress, which will entail large-scale deployment of H2-CCS through the wider application of the H21 findings to many UK cities. UK-wide incremental rollout is planned from 2026 to 2045 based around four natural gas reforming- and CCS centres. This incremental rollout is the base case investigated in the ELEGANCY UK case study, in particular the first phase rollout to three cities and associated industrial clusters. ELEGANCY research will be included as supporting material for the UK H21 Roadmap, ahead of the scheduled key policy decision and commitment to build in 2021.

In particular, the case study will focus on uncertainties related to storage of the CO2 stream captured from natural gas reforming units, on business case development and on energy network development for a phased UK rollout.

The study will investigate technical challenges as well as economic, legal and public-perception issues for these scenarios. 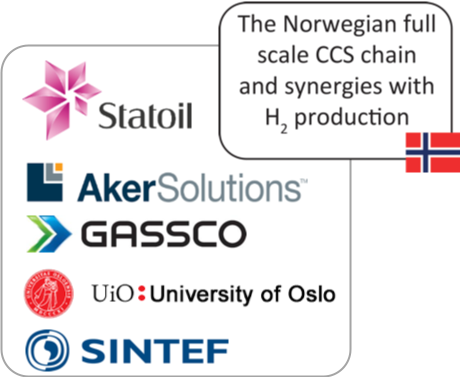 The Norwegian case study will evaluate the benefit of converting Norway’s large natural gas resources to H2 with CCS, primarily to satisfy the expected growth in worldwide demand of H2 as an energy carrier and additionally to mitigate emissions in off-shore platforms, the transport and industry sectors. This case study will also study the possible synergies with the Norwegian full-scale CCS project.

The joint effort between EU and national funding bodies, industry and research reveals the potential of development and learning across disciplines, countries and industries.

Hopefully I have now managed to explain how ELEGANCY will contribute to Fast-track the decarbonization of Europe’s energy system.

Email Profile page
Hydrogen4EU: A 6 minute snapshot of the study How Research Will Support Industry to Create a Sustainable European Gas Grid

1 comment on “Part 2: Presenting ELEGANCY at the ZEP Network Technology meeting in Brussels”