This blog on the possibilities in hydrogen from natural gas is based on a presentation held at the GCCSI Seminar 21.-22. March 2018 in Oslo, Norway. Mona Mølnvik is the Centre Director for Norwegian CCS Research Centre: NCCS.

Thank you, Global CCS Institute, for inviting me to speak here today. I hope to be able to present a few new perspectives on natural gas, hydrogen and CCS.

The potential of supplying large amount of clean hydrogen will pave the road for a fully renewable energy system in the longer run.

I will highlight a few issues I believe is important. These are the following:

CCS research is key in bringing cost down and reducing risk

For 20 years NTNU and SINTEF, together with industry stakeholders have developed a research platform for CCS innovation. Now, being faced with large-scale CCS deployment, we know the role of research is key in bringing the cost down and reduce risk. We can, together with the industry and the public support from The Research Council of Norway, do the same in the potential realization of large-scale use of hydrogen in the energy system.

The energy triangle: Hydrogen can boost the renewable revolution

The worlds growing population needs energy, and the governments seeks to provide enough, affordable and clean energy to its population. If the politicians must choose (illustrated by the energy triangle), the security of supply will often overrun competitiveness and environmental impact.

It is in this perspective hydrogen can play a role; it can boost the renewable revolution by:

There is a debate going on related to the lacking acceptance of hydrogen with origin from reforming natural gas to hydrogen and capture and storing CO2. Hydrogen from renewables is denoted blue while hydrogen from natural gas is not.

I believe in demanding clean hydrogen – not putting restrictions on the source.

Then, going back to the energy triangle, the authorities and other actors will require security of supply, affordable and clean energy. Another issue is the scale. The potential of supplying large amount of clean hydrogen will pave the road for a fully renewable energy system in the longer run.

H2 in Norway and Europe

So – how does hydrogen production with CCS fit into the energy triangle, and who will benefit from it?

We must take the perspective from outside Norway, since no one else will think this is a promising idea if the only nation that benefits from decarbonizing the natural gas is Norway. 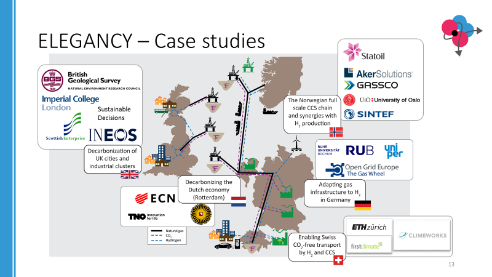 In the CCS-cofund ERA-NET ACT ELEGANCY projects five national case-studies is going to take place to investigate the various opportunities for business cases in the intersection between CCS and hydrogen. The reason is that

A vision for H2 production from natural gas in Norway: A 160.000 m3 H2 ship can leave Norway every day

In the Norwegian full-scale CCS project, the ambition is to capture CO2 from industrial sources in the Oslo area, transport CO2 by ship to a hub near Kollsnes, and from there send CO2 by a pipeline and inject into a well in the Smeaheia formation. The required capacity will be 0,5 to 1,5 million ton CO2 per year.

By expanding the infrastructure for CO2 storage in the Norwegian full-scale CCS project and use 14% of the (2017) Natural gass production in Norway for H2 reforming, 34 Mt CO2/year can be stored in Smeaheia and a 160.000 m3 H2 ship can leave Norway every day – corresponding to 137 TWh/a (approx. the same as today’s hydropower production). The H2 export can also be realized by re-using the waste capacity in today’s natural gas network operated by Gassco.

One example is Japan where Kawasaki Heavy industries and Mitsubishi already work together with SINTEF to explore the possibilities. Kawasaki has an ambition to develop a LH2 tanker equipped with four 40 m diameter spherical vessels. 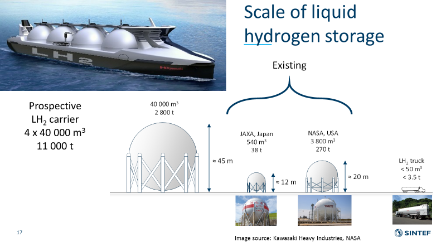 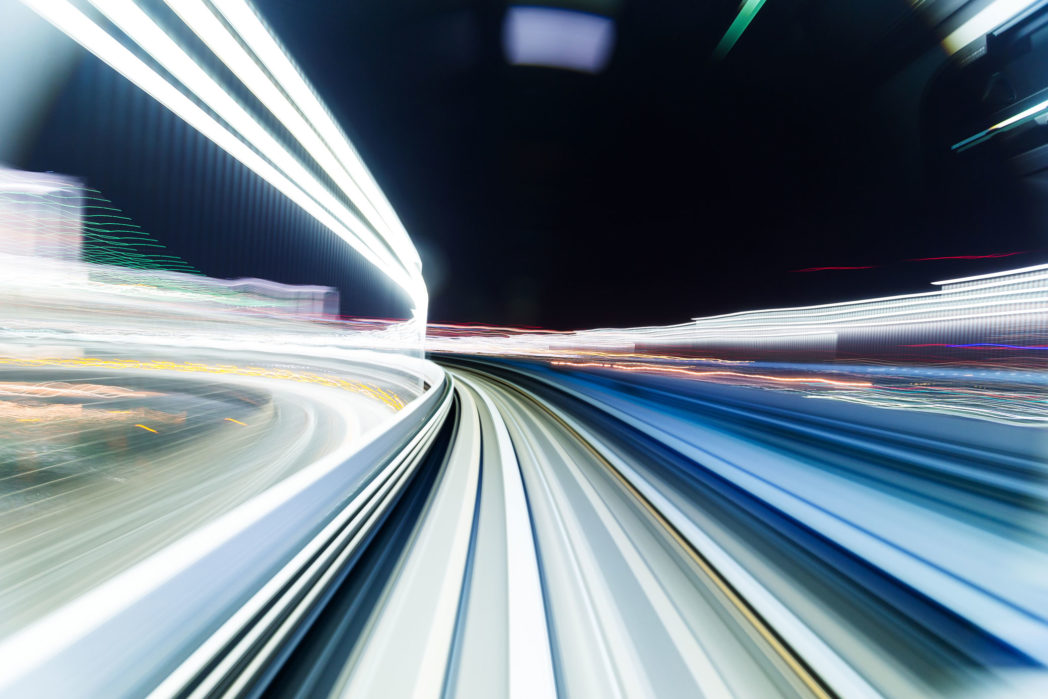 Email Profile page
Amid the Covid-19 Crisis, the Climate Crisis Can’t Be Forgotten NCCS - The value of bringing the CCS world together