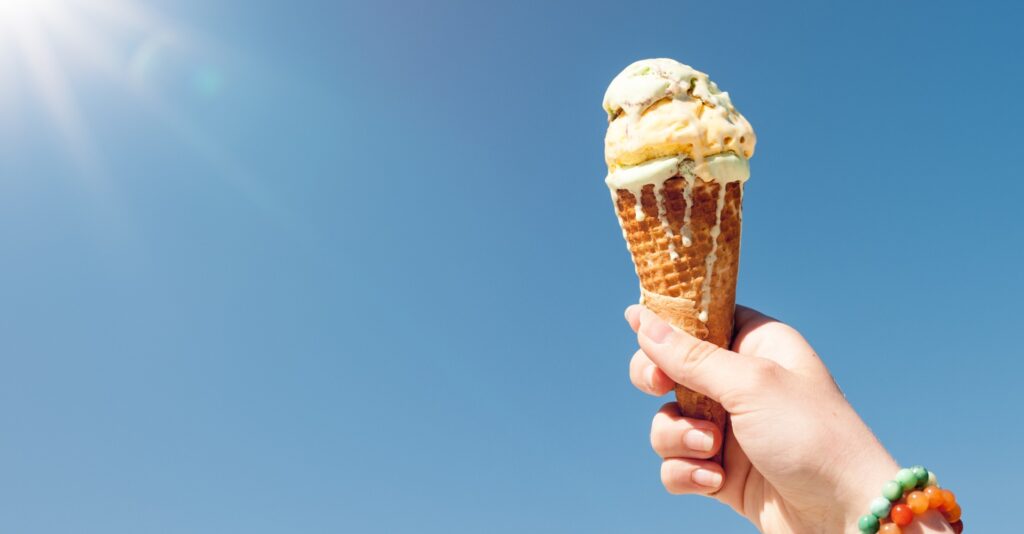 As we now look to enjoy our summer, many freezers will be working overtime to keep ice-cream at the required temperature. Norway produces more than 60 million litres of ice cream every year, and much of that is going to be consumed in the coming weeks.

The advent of closed-circuit heat transfer technologies such as refrigeration and air conditioning has changed our lives so fundamentally. In the summer, we can keep food and ourselves cool. But did you know that many of the refrigerants used within air conditioning systems and refrigerators can be extremely harmful to the environment? Older appliances especially contain hazardous components and gases that have a direct negative impact on the ozone layer and the greenhouse effect.

So is it possible to enjoy an ice-cream this summer with a clear green conscience? If you’re in Norway, the answer is yes. The reason? CO2. While carbon dioxide is often portrayed as a villain in the climate change debate, the flexible substance—along with other natural working fluids—could actually be the most important climate change mitigation tool we have.

Why a change was needed

Earlier refrigeration units use chlorofluorocarbons (CFCs) or hydrochlorofluorocarbons (HCFCs), both of which are ozone-depleting substances and potent greenhouse gases. The Montreal protocol banned these. But the story didn’t end there, because their most common replacement—hydrofluorocarbons (HFCs)—were later discovered to also be damaging to the environment.

It’s not enough to simply take care when disposing of such equipment. The heat-trapping gases can be emitted during manufacturing, leakage during use, and during disposal. Now, the Kigali Amendment to the Montreal Protocol will ensure HFC use is phased down.

In Norway, industry is already ahead of the game. Thousands of Norwegian supermarkets up and down the country have already switched to CO2-based chillers. If the rest of the world follows suit, the different could be substantial. A global switch to ozone- and climate-­friendly alternatives will avoid an increase of half-a-degree in global temperature by the end of the century.

There’s another reason that a switch to CO2 is green. The coolant can also be used in a supermarket’s HVAC system, increasing energy efficiency and reducing a store’s overall energy use. Simply put, it’s a more integrated system that also means excess heat can be stored and utilised during the winter.

EU F-GAS legislation means that all of Europe will have to make changes in the years to come. While synthetic alternatives are being developed, CO2-based systems are proven and known to not damage the environment. Yet there is still work to be done.

CO2-based systems work well in cooler climates, but research is ongoing to increase efficiency in warmer climates such as southern Europe. Led by SINTEF Energy Research, the HighEFF research centre is looking at how to apply the technology into other industries. A spin-off project focuses on the application of the successful refrigeration solution in the hot climate of India, home to more than one billion people.

This change in Norwegian supermarkets has happened very much behind the scenes in recent years. You are unlikely to have noticed any difference, yet that very same ice-cream is now greener.

Email Profile page
Keeping Ice Cream Cold Doesn’t Have to Harm the Environment HighEFF at workshop: The Future of Conducting and Publishing Research in Entrepreneurship, Innovation Management and Strategy