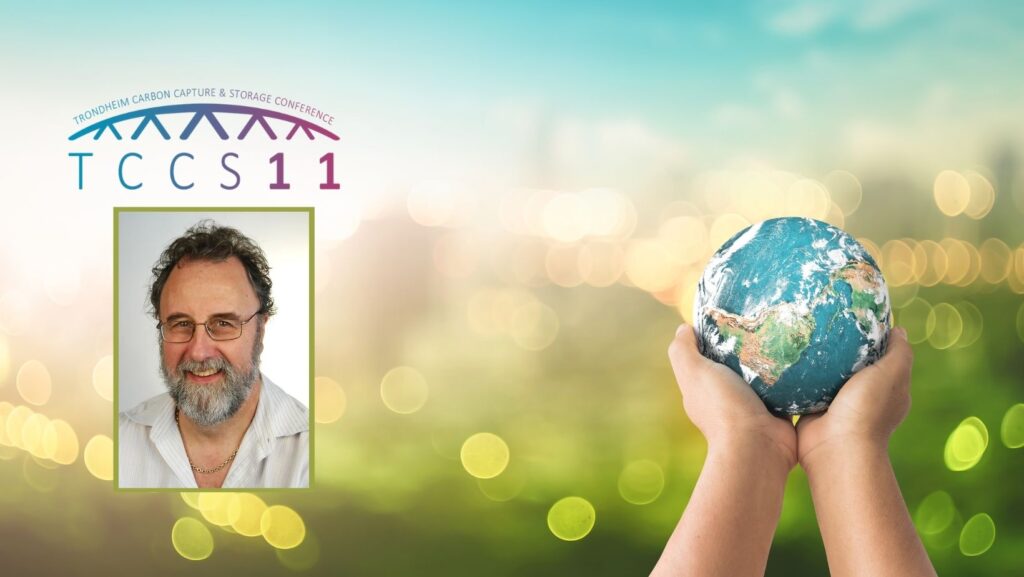 The risks associated with climate change such as extreme weather events are more severe than previously thought and are already occurring with relatively small changes in temperature. All projections show the world’s population will continue to grow for decades to come, putting additional pressure on the world’s energy and food production systems, not to mention the natural environment.

Around one in eight of the world’s plant and animal species are threatened with extinction in the years to come. That’s just one “highlight” from the expected loss of biodiversity.

At the TCCS-11 conference in June 2021, Professor Sir Robert T. Watson from the Intergovernmental Science-Policy Platform on Biodiversity and Ecosystem Services (IPBES) will deliver a keynote presentation about the impact of climate change on biodiversity to provide vital context to our discussions about CCS, especially bioenergy CCS.

We asked Sir Robert a couple of questions to get a preview of what we can expect at TCCS-11. 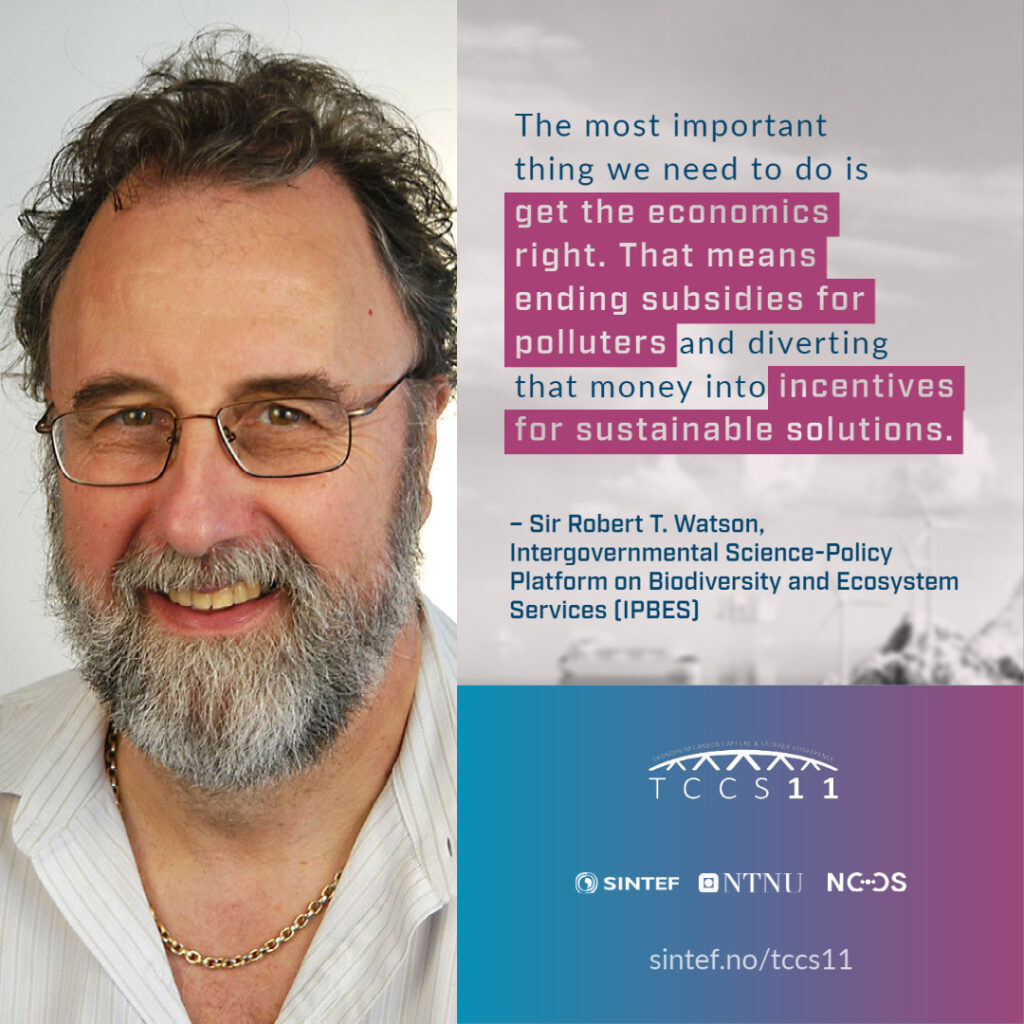 Your impressive CV gives you a truly global perspective. Do we have a ‘global enough’ perspective on solving the climate crisis?

Simply put, no. I think the more informed among civil society realise we must make smarter decisions on energy but perhaps not much of the detail beyond that. Governments and private industry do understand what’s required, but the political will to take action is missing.

I recently contributed to an article for The Conversation outlining why I think the net-zero by 2050 concept is dangerous. Of course, net-zero is required, but the concept gives the impression that this is a long-term problem that can be solved by technology that won’t be developed for decades. The hard truth is that we must focus on drastic emission cuts before 2030 to give us any hope of hitting net-zero by 2050.

Is biodiversity “forgotten” in the race to combat climate change?

If you’d have asked me that five years ago, I would have said yes. But there is rising awareness of the importance of addressing biodiversity alongside climate change, thanks in part to recent IPBES assessment reports, both regional and global.

As with climate change, biodiversity is not just an environmental issue. Loss of biodiversity is crucial for many aspects of our future society including food supply, clean water, disease prevention and security. While governments are starting to recognise this, we are not making the progress we need quickly enough.

Can you introduce the concept of ‘inclusive wealth’ to us?

GDP has been used for decades to measure growth, but there is a fundamental problem with it. It treats all growth the same, with no consideration as to the source of the growth. A better concept for measuring sustainable economic growth is inclusive wealth, which combines natural capital and human capital with produced capital.

This highlights the most important thing we need to do: get the economics right. That means ending subsidies for polluters and diverting that money into incentives for sustainable solutions. We must include natural capital in our decision-making to build sustainable agriculture, maintain and restore biodiversity and produce things that can reused and recycled.

Hear Sir Robert’s talk and join in the discussion by registering for TCCS-11 today. To be held fully online on 22-23 June, TCCS-11 offers reduced rates for students. The conference is hosted jointly by SINTEF and NTNU, and is organised by the Norwegian CCS Research Centre (NCCS).

1 comment on “TCCS-11: The Impact of Climate Change on Biodiversity”