There is a lot of confusion surrounding biofuels, so my aim with this blog is to try to demystify the subject.

Recently, I attended the Bioenergidagene  (Bioenergy Days) conference and gave a presentation on biofuels. I was asked many questions during the event and in particular about the different kinds of biofuels and their classifications.

The definition of a biofuel is very simple. It’s a fuel that is made of biological raw materials.

The “problem” with biofuels is that the same fuel can be produced from several different raw materials, and a single raw material can be used to make many kinds of fuel of different qualities. It’s a real jungle out there!

There are biofuels and biofuels

Many things in this world are called biofuels.

If you think about wind energy, for instance, things are much simpler. If the wind blows hard enough and you’ve installed a turbine, you can generate electricity. Of course, there are many different approaches and levels of efficiency, about which my colleagues know much more than I do, but the formula is simple enough – if the wind blows, you will produce electricity.

But things aren’t so easy when we start talking about biofuels, because there are many different kinds of biological raw materials.

They can all be transformed using a variety of methods that produce fuels of different quality. For this reason it’s a good idea first to define what we mean by quality in connection with biofuels.

Relevant value chains exhibit many differences, and many factors have to be taken into account when assessing the sustainability of a biofuel.

Resources such as water and fertilisers are needed to cultivate the biomass, and biomass harvesting may have a local impact on biological diversity and contribute towards deforestation. At the same time, biofuel production may bring great benefits simply because it replaces fossil fuels. Or the biofuel may help to resolve a waste problem. We often produce biofuels from waste raw materials – a subject that I have blogged about before.

Firstly, we talk about biofuels in terms of generations:

A good rule of thumb for biofuels is that the higher the generation, the more sustainable they are.

But there are exceptions. If when harvesting timber you exceed the volume that is sustainable for the forest in question (sustainable yield), the fuel produced will not have had an especially positive impact on the environment. At the same time, there are situations in which the combined cultivation of food and first generation biofuel raw materials is a stabilising factor for local economies, with benefits not only for the environment, but also for local communities.

How advanced is the biofuel?

Another term used is “advanced biofuel”. A biofuel can be defined as advanced for different reasons.

An example of this third definition depends on whether we modify the production technology and instead of biodiesel (ester), we produce HVO (hydrotreated vegetable oil). HVO is of at least the same or better quality than today’s diesel fuel and can be produced from waste fats or recycled frying oil, or cooking oils such as rape oil or palm oil.  In this example, the fuels themselves are identical. However, since different raw materials are used, they have contrasting impacts on the environment.

EU legislation has adopted a definition originally developed by the European Industrial Bioenergy Initiative (EIBI, now a part of the European Technology and Innovation Platform, ETIP Bioenergy), which is attempting to govern most aspects concerned with ensuring that sustainable production can be maintained:

In order for a biofuel to be described as advanced, it must be derived from a sustainable raw material, meet certain requirements regarding CO2 emissions reductions, and not contribute either directly or indirectly to changes in land use.

It is clear that the biofuel has to be sustainable. The EU requires documentation that all biofuels from existing refineries deliver greenhouse emissions reductions of at least 50% (2017), rising to 60% for new biofuel production facilities from 2018. But how do we know that these requirements are being met?

How do we measure sustainability?

Sustainability can be measured using an approach called Life Cycle Assessment (LCA). When we evaluate the environmental impact of a given value chain, assessments are made of the various stages during both the production and use of the biofuel. Following this, assessments are made of the resources and manpower used at each stage throughout the life cycle.
In the case of a biofuel, the factors we examine usually include the production and transport of the raw materials, the production and use of the fuel itself, and the environmental impact of sidestreams or waste. For example, it may be possible to measure the consequences of waste disposal from the production process.

Unfortunately, we find that even if standards have been defined for a given value chain, the measurements for such chains can vary considerably. This is because they operate with different system limits and references. For this reason it is important to adopt a coherent system when making life cycle assessments for biofuels.

I have been working with various biofuel production processes (including those involving seaweed biomass) since the early 2000s. I also have a seat on the ETIP Bioenergy Steering Committee.

Biofuels are made up of the following molecules:

The different fractions are obtained mainly from the distillation of crude oil. 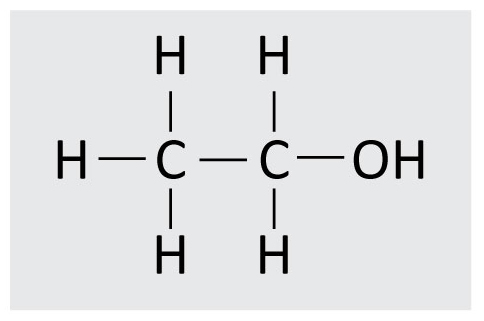 Bioethanol is made up of ethyl alcohol and is used as a fuel either in its pure form, or mixed with petrol:

There are also a number of more exotic biofuel molecules such as isobutanol and SIP (fermented hydroprocessed sugar):

Biofuels are now, and will be in the future, an important contributor towards decarbonisation of the transport sector. It is important that the public authorities and consumers keep up with developments to ensure that sustainability is maintained at all levels.

We are working together to achieve the sustainable production and use of biofuels. If you want to find out more, visit the website Norges «biodrivstofflandslag» i Bio4Fuels senteret (Norway’s “biofuel team” at the Bio4Fuels Centre).

3 comments on “All you need to know about biofuels”