Are robots going to steal our jobs?

This may seem like an irrelevant question, but in fact it lies at the heart of many of the discussions about the entry of robots into our working lives. Frey and Osborne and other technology pessimists waste no opportunity in telling us that automatons and robots will soon be taking over and stealing huge numbers of jobs. Associate Professor Morten Goodwin at the University of Agder is making the same claims. (Watch this news item on Norwegian channel TV2.)

Goodwin and the others make an important point. Automation is fast approaching. No-one disagrees about that. However, if we take a close look at any occupation, we find that they are all made up of many component tasks. When one such task is automated, employees become free to do other tasks. Besides, robots and automation provide us with the opportunity to remove hazardous work tasks and do things that people simply cannot.

The Trallfa story – how an HSE initiative became a product

Norway’s industrial history has an interesting example of just that. In 1964, the company Trallfa started to develop one of the world’s first industrial robots. Its aim was to spray paint wheelbarrows without its workers being directly exposed to the hazardous chemicals involved. In 1966 the robot was incorporated as part of Trallfa’s production and transport equipment, and in 1969 became a product in its own right. Since then, industrial robots have become the company’s most important product. Not only can robots protect people from hazardous work operations, we can develop them further and profit from them too! 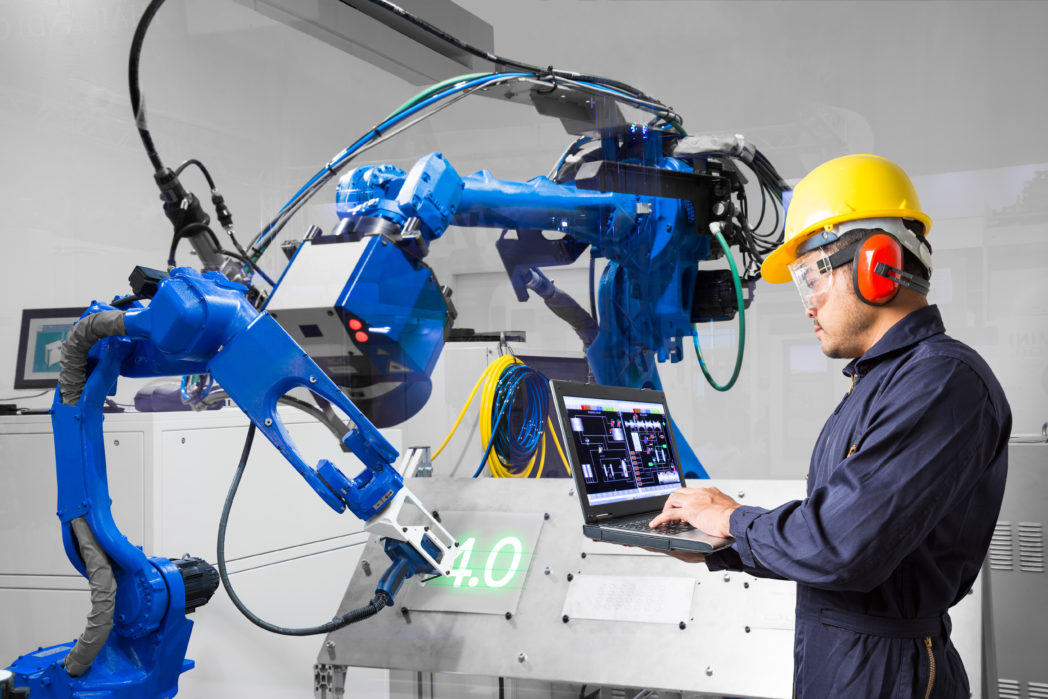 Even though time has passed since the original Trallfa robot, the principle continues to be important. We should stop thinking about robots replacing us, and start to imagine working together with them. If we put greater emphasis on collaboration rather than automation, then the picture changes. In short, instead of stealing occupations, robots (and automation in general) open the door to collaboration between people and machines. The TV2 news has another new and shining example.

This item features the robot called “Spurven” (the Sparrow) that can enter smoke-filled areas either ahead of, or together with, fire-fighters. It can see what people cannot, move faster than they can, and can tolerate conditions that fire-fighters cannot, etc. It can provide information to the fire crews, who then have a better basis on which to make the right decisions.

The Sparrow thus represents a form of collaboration between people and a robot. It will mean changes for fire-fighting professionals. Technology will give them the opportunity to work faster, and more safely and effectively than before. We can, and must, invest in collaboration with robots. And we can, and must, have confidence that the aim of automation is to help us do things better. As a symbol of the potential offered by collaboration between people and machines, the Sparrow is probably better than “Pepper”, which has become a kind of shiny competitor (and makes no secret of the fact!). The Sparrow is an even better example of how we should be dealing with the changes coming our way. It consolidates our efforts, and enables us to work more effectively than if we did everything by ourselves.

The challenge to all technologies

Seen from the view of a SINTEF researcher, the only fly in the ointment here is that the Sparrow wasn’t developed at SINTEF. Credit where credit is due, it was the company KVS Technologies that did the job. The company is based close to Trallfa in Stavanger, so it is duly noted that south-western Norway’s robotic tradition lives on. Notwithstanding, the example is an excellent one, and we are aiming to something similar in another context. The opportunity is there if we recognise the possibilities that lie in the interaction between people and machines, instead of living in fear that they will replace us and steal our jobs.

0 comments on “Robots as co-workers”