Nanoparticles covered in graphene flakes and antibiotics. This antibacterial nano-weapon is the goal of a new Nordic research project between SINTEF, Chalmers and the Technical University of Denmark (DTU) coordinated by Professor Ivan Mijakovic at Chalmers. The aim of the project is to develop the next generation of treatments against antibiotic-resistant bacteria. 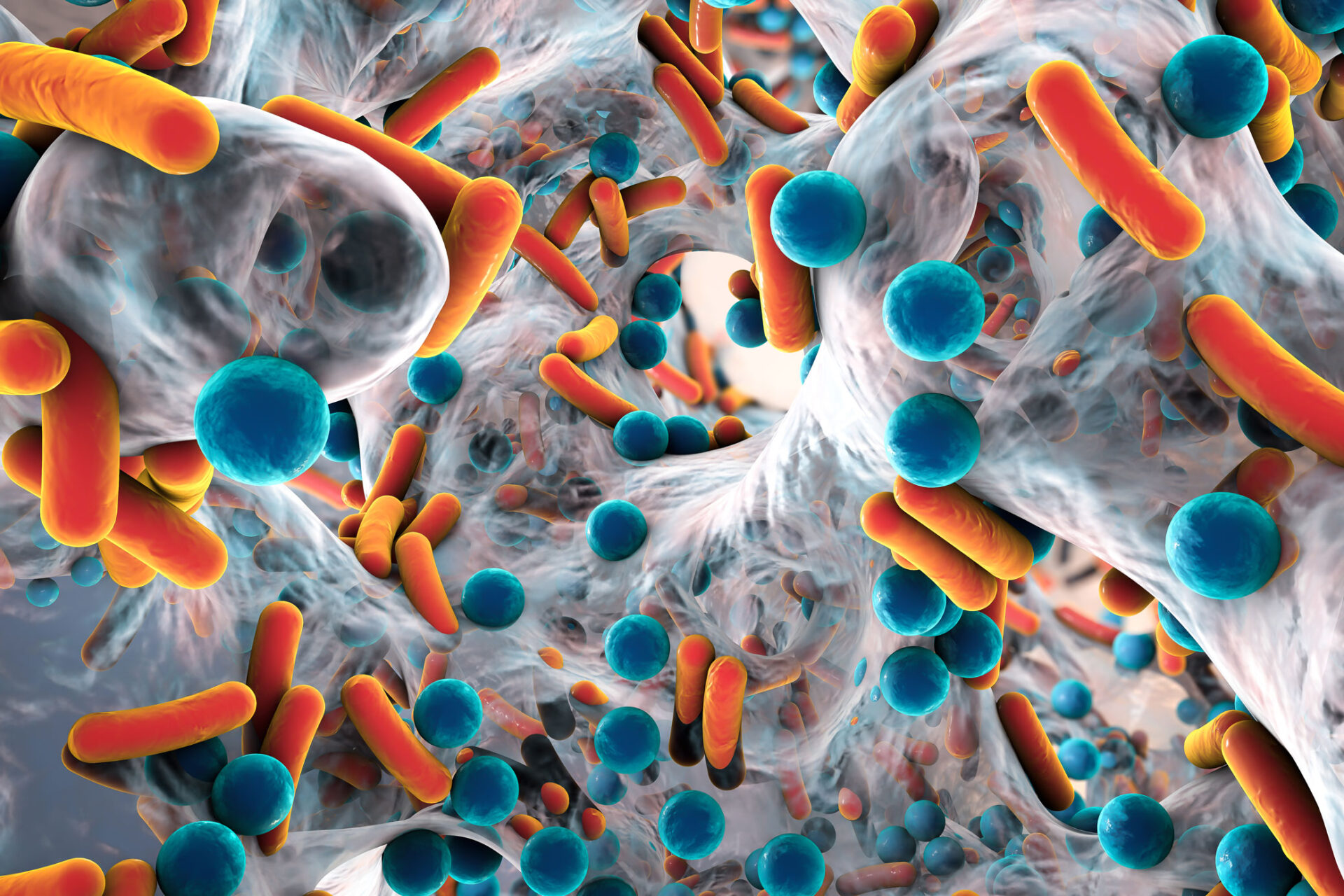 Bacterial infections that cannot be treated due to antibacterial resistance are an acute and growing global challenge. Worldwide, more than 700,000 people die annually as a result of infections caused by antibiotic-resistant bacteria.

In a 2018 report, the UN presented a worst-case scenario in which such infections can take 10 million lives annually if no action is taken.  Since today’s antibiotics are rapidly becoming less effective and the development of new antibiotics is very time-consuming, there is a vast and immediate need for new solutions.

A kinder egg against antibiotic resistance

The three-year research project “Graphene-based drug  delivery systems for  treating  MRSA  infections”(GraMI) was awarded 15 MSEK  by  NordForsk  in January 2021, and will focus on the treatment of methicilin-resistant  Staphylococcus Aureus  (MRSA)  –  previously somewhat misleadingly called “hospital bacteria”  –  which, among other things, causes chronic skin infections and blood poisoning (sepsis).  MRSA can also infect tissues and organs in the body, such as the heart and lungs, and can thrive and grow on various types of implants used in the health care system. MRSA infections are spread very easily in hospitals and are very stressful and dangerous for the patients affected.

The idea behind GraMI is to combine three already established methods – antibiotics, metallic nanoparticles and  graphene flakes – in a completely new way to create a new drug delivery technology, as shown in the figure below. All three methods have antibacterial properties separately, and in combination they will be able to be even more effective, since these particles can most likely penetrate the bacterial biofilm on the surface of the infection and release the antibiotics there. A biofilm is the thick, protective layer of bacteria and mucus that is formed when the bacteria bind to a surface and start multiplying. The sharp graphene flakes can pass through the protective biofilm and can deliver the antibiotic directly to the infected area.

Overview of the main idea in GraMI (Illustration Chalmers)

Chalmers in Gothenburg is one of the world-leading universities in graphene research. The idea of using graphene for medical treatment is relatively new and involves many new possibilities. The research group of Professor August Yurgens at the Department of Microtechnology and Nanoscience is developing a process where nanoparticles are covered by graphene flakes as shown in the figure. Professor Yurgens and his team have already shown that sharp edges of graphene flakes protruding from a surface can seep through membranes on cells of a certain size. Specifically, graphene flakes cut through small, bacterial cells, but larger cells, like those found in humans, are not damaged. A common challenge with the use of antibiotics is that they do not penetrate sufficiently deep into the biofilm. In GraMI, this will be solved by binding the antibiotics to the graphene flakes that cut through the biofilm and deliver the antibiotic gradually inside the infected tissue.

The partner from the Technical University of Denmark (DTU) will produce so-called green metallic nanoparticles, which are synthesized using extracts from plants or bacteria for a more environmentally friendly production. These will be used as scaffolding for graphene flakes. Since the green nanoparticles are spherical, it will be a challenge to achieve smooth and controllable coating of the nanoparticles with  graphene flakes  as shown in the figure.

The project team at SINTEF, led by Dr. Andreas Åslund, will contribute with their experience in the development of new antibiotics, metallic nanoparticles, functionalization of graphene flakes and other nanostructures, and formulation of active ingredients. SINTEF has  a long history of identifying and developing technology for new antibiotics, for example from bacteria from the ocean, and developing nanoformulations based on known and new antibiotics  (for example, via the project  NAREB – Nanotherapeutics for Antibiotic Resistant Emerging Bacterial Pathogens). GraMI is part of SINTEF’s strategic  nanomedicine initiative, which encompasses a wide range from the development of new particle systems to the encapsulation of drugs and the characterization of these nanomedicines physically, chemically, in cells (in vitro) and in animals (in vivo). Using  nanomedicine  in projects   against infectious diseases  is one of SINTEF’s prioritized areas within nanomedicine.

Mechanisms that can be effectively used against MRSA

Professor Ivan Mijakovic and his research team will investigate how well the new nanoparticles work – or more specifically, the extent to which they can kill bacterial biofilms. Graphene-based  nanotechnology is not yet allowed in medical care in the EU, but there are several clinical trials  underway to ensure that the form of treatment is sufficiently safe. It usually takes decades to develop  therapies as proposed in  GraMI, but according to Professor Mijakovic, the GraMI team represents the research front in terms of developing a  new mechanism we believe can be used effectively against MRSA and other dangerous  pathogens. Therefore, it is important that we act now and test these new systems as soon as possible.