Understanding the potential impact of solar storms on ageing power grid infrastructure will help us put in place tools and processes to minimise that impact. SINTEF Energy researchers are working with the power industry to do just that. 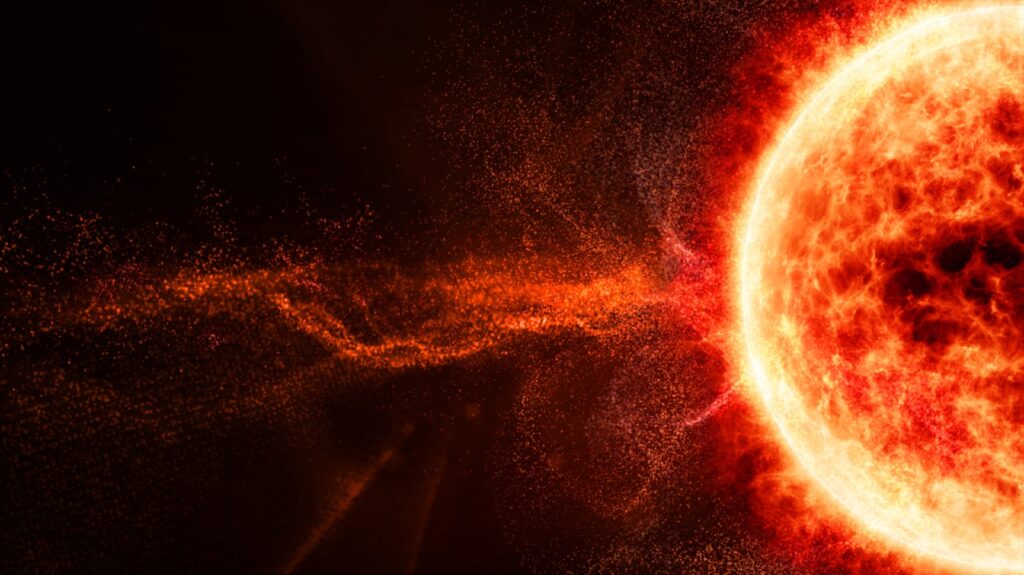 Geomagnetic storms that impact the power grid are rare. But they do happen, and when they happen the consequences can be severe.

Protecting the grid from solar activity isn’t straightforward. Our lack of control and limited ability to forecast the events make things even more complicated. You’ll understand why if you’ve ever used a northern lights prediction app, as those forecasts are partly based on solar activity.

Our total reliance on the grid

Before leaving the house in the morning, we are awoken by an alarm, take a shower, use the coffee machine, take food from the fridge. Easy and convenient. But in that hour or so, we’ve already depended on the power supply at least six times.

Here in Norway we like to pretend we can do it without it. After all, many of us own a cabin in the mountains. But of course, nowadays even isolated cabins have all the mod cons of a downtown condo.

The recent Sky TV drama Cobra painted a frightening picture of how quickly society can break down without power. While it was a drama, the reality might not be so different.

At first, blackouts are something of a novelty. Office work can continue using charged laptops, albeit offline. But outside, non-functioning traffic signals and public transit systems mean getting around is next to impossible. Then comes the next layer of issues. Base stations can only cope with an hour or two without power, so cellphone reception and mobile internet quickly goes down. From then on, it’s anyone’s guess as to how people respond.

At the present time, Norway is quite vulnerable. Although known for its oil and gas production, Norway’s domestic electricity grid relies heavily on hydropower produced throughout the country. In the event of a drought that depletes the available supply, Norway would need to import energy from Sweden, Denmark and other parts of Europe.

A severe solar storm could disrupt those connections, leaving Norway facing a drastic power shortage. The consequences of such a scenario could be devastating to health and the economy.

The potential impact of solar storms

About five days before a storm hits us, we may get some kind of indication. But we don’t know for certain until just one hour before impact. That’s a reason why most northern lights prediction apps send notifications.

We need to be prepared with suitable emergency procedures, but how much can be done in just one hour?

For large storms, the only viable option today would be to turn everything off, i.e. cause a deliberate blackout to avoid damaging vital infrastructure. But what we really need are transformers, high voltage lines, power cables, and other components to withstand the impact of a solar storm.

The issue isn’t just with solar storms. How do you remove ice in remote locations to prevent sustained stress on components such as power lines? As our climate begins to rapidly change, we need to understand how this affects these critical components in different areas: e.g. coastal or mountainous.

It takes time to understand the impact of solar storms on an ageing infrastructure. We need to develop this understanding through research and innovation together with grid owners and vendors.

Here at SINTEF Energy Research, solar energy researchers are working together with the Norwegian transmission grid operator Statnett and the Norwegian Water Resources and Energy Directorate. The joint project looks at how solar storms impact transformers. We already know transformers are sensitive to solar storms, but we need to know more. The project aims to find out to what degree the transformers are affected and the correlation to the ‘space weather’ forecasts.

Involving the government and vendors in such projects is a vital success factor. Knowledge is the solution, but that knowledge only becomes valuable to society when we understand all perspectives and make the results available to those who need it.

The most difficult question is deciding which measures should be implemented in the power grid to prevent blackouts. The most beneficial may be to connect all transformers and rotating machinery to reduce loading on each component and divide the solar storm impact between them. Others include freeing up reactive power by switching off shunt reactor banks or reducing HVDC line loadings. Protective relays may also be adjusted.

Some measures are easy to implement, but may just move the problem elsewhere in the grid or even contradict safety regulations. Another important element to consider is that different options may be more suitable depending on the duration, intensity and even direction of the solar storm.

SINTEF Energy released in early 2021 a report listing recommendations to make the Norwegian grid more resilient to solar storms. The report (in Norwegian) is titled “Measures to manage risk and mitigate consequences of geomagnetically induced currents in the power grid“. The recommendations largely draw upon similar suggestions published by the Electric Power Research Institute (EPRI) and the North American Electric Reliability Corporation (NERC).

Geomagnetically induced currents (GIC) manifest themselves as direct current (DC) in power lines. This current has the potential to destroy or damage equipment, and can in a worst case scenario lead to major outages over large areas.

Wide-reaching power outages, combined with the damage done to critical equipment, can have serious consequences on society. Owners and operators of both the transmission network and the power plants connected to it (both hydro and wind power) must therefore adopt the necessary measures to manage risk and mitigate the consequences of geomagnetically induced currents.

1 comment on “Protecting the Power Grid from Solar Storms”