‘We will judge the [plastics] treaty not on what it promises, but on what it does’ – NGO major group

The first round of negotiations to establish a legally binding treaty on plastics, INC1, commenced this past week in Punta del Este, Uruguay from November 28th – December 2nd, 2022, including a stakeholder roundtable workshop convening November 26th. Here are some of my thoughts from the week.

All around the world

The week began on Saturday, where I facilitated a roundtable session with stakeholders ranging from waste pickers, NGOs, scientists and UN member-state delegates. I was tasked with facilitating an open discussion with the group to identify 1) What are the actions required to achieve a circular economy and close the loop? As well as 2) What would be required in the treaty to accelerate said actions. My table identified the following points which were reported back to all delegates in the plenary session:

The stakeholder part of the INC processes ended in a panel style forum on the second day, with the objectives of supporting and contributing to stakeholders’ needs and interests throughout the negotiations, as well as developing a two-way dialogue with member states. A researcher from the Scientists Network on and Effective Plastics Treaty (SNEPT) was on the panel and discussed the academic perspective while underlining the importance of involving scientists with varying expertise and targeted data and evidence within the negotiations processes. She expressed how plastics being created from fossil fuels and including harmful additives (that often become more hazardous with recycled materials) makes then interconnected with climate change, and that we can’t talk about the one without talking about the other too.

Sunday started with informal sessions from the High Ambition Coalition, a group of 55 (and growing) UN member states who intend to see a treaty accomplished by 2024 with legally binding measures related to production, monitoring and waste management. On Monday, November 28th the negotiations kicked off in the sunny summer town of Punte del Este. The negotiations started with the election of the Peruvian chair, Gustavo Meza-Cuadra who will preside over the first three INC negotiations. The chair acts as a facilitator throughout negotiations and ensures that all member states have their voices heard.

The executive secretary of UNEP, Inger Anderson started the plenary session with a list of four goals to keep in mind throughout the negotiation process.

A delegate from Palau tearfully called for industry (producers and manufacturers) to – “design with us in mind”. Many SIDS travelled 30 hours+ to the conference because of how strongly plastics are negatively affecting their livelihoods, cultures and homes.

We know enough to use the precautionary principal. If you can measure something you can manage it. We need to build an accountability system with experts from the science community and experts in the community. The SNEPT group has already been formed, which some SINTEF employees are a part of. This network provides unbiased evidence on aspects of the problems associated with plastics and solutions, and consists of international multi-disciplinary networks of knowledge holders and experts who can be called upon throughout the negotiation process and beyond.

When it came to science, many points were raised that are relevant to the scientific and academic community, namely:

Mirror mirror on the wall, who’s involved after all? 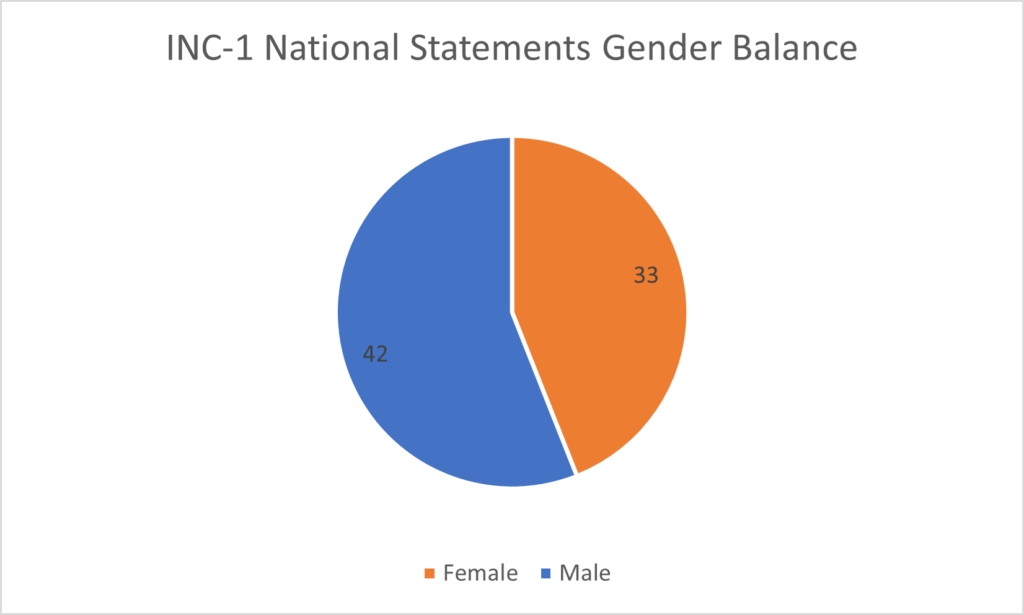 As there is limited time until INC2, delegates and stakeholders will need to work effectively during the intercessional period to make progress towards negotiations in the Spring.  A clear consensus was the need for two contact groups to be established to push forward negotiations. In INC2, the groups would:

The next negotiations will take place at the end of May 2023 in Paris, France.

Never before would I think it would be possible to watch the World Cup with delegates from 100+ nations – but that is exactly what happened on the final day of the conference after the morning plenary. Uruguay played Ghana and delegates from all around the world gathered to observe and enjoy the game together.

e-mail Profile page
Running up that hill – First round of UN global negotiations to end plastic pollution. The road towards a plastic treaty

0 comments on “Running up that hill – First round of UN global negotiations to end plastic pollution.”