We are proud to present three more keynote lecturers at the TCCS-10 conference.

Kjell-Børge Freiberg was appointed Minister of Petroleum and Energy on August 31, 2018. He is a representative of the Norwegian Progress Party.

Freiberg served as Deputy Minister of Petroleum and Energy from October 2015 until June 2017. In 2017, he was elected Member of Parliament from the County of Nordland.

He was previously the Mayor of Hadsel municipality, a position he had held since 2007. He had different roles in the Progress Party from 1999, among them County Chair for Nordland county and Party Secretary with responsibility for Nordland, Troms and Finnmark counties. Before becoming a full-time politician, Freiberg worked for different companies in the Norwegian fishing and aquaculture industry. 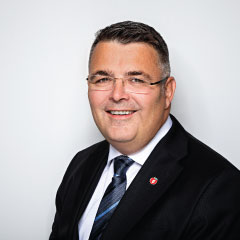 Oscar Graff is responsible for CCUS technology and business development within Aker Solutions. He has been engaged in carbon capture for twenty years. He was responsible for an extensive capture R&D program “SOLVit” with SINTEF and NTNU, focusing on capture efficiency and environment. Aker Solutions has designed and delivered the amine plant at TCM and offers modular capture plants. Today, Aker Solutions is engaged from capture and liquefaction to transport, injection, storage and EOR

Graff holds a Master of Chemical Engineering from the Norwegian University of Science and Technology in Trondheim.

Graff has been engaged in many technology committees and boards. He has been active in EU Zero Emission Platform (ZEP), in an advisory group for DECC in UK, in TEKNA CO2 conference and is today a board member of Norwegian CCS Research Centre (NCCS) and in the advisory group for European Carbon Dioxide Capture and Storage Laboratory Infrastructure (ECCSEL). 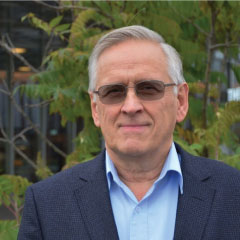 Niall is a Reader in Energy Systems at Imperial College London. He is a Chartered Engineer and a Fellow of the IChemE. He has been working on CCUS since 2006, and has published over 100 papers at the molecular, unit, integrated process and network scales in this context He provided written evidence to members of the Select Committee on Energy and Climate Change and has given advice to DECC/BEIS, the IEA, the ETI and the JRC, and has travelled on behalf of the Foreign Office to North America, the Middle East, and Far East to promote low carbon power generation. He was awarded the Qatar Petroleum Prize for his work on Clean Fossil Fuels and the IChemE’s Nicklin medal for his work on low carbon energy. 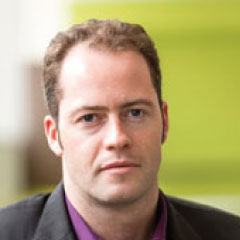