FuChar is a recently-started research project aimed at developing methods and tools for the optimal integration of charging infrastructure into the electrical distribution grid. The goal is to minimise investment and operating costs associated with the integration of electric transport into the electrical grid. This will ensure that the transition to an all-electric transport sector is achieved in a user-friendly and socio-economically optimal manner.

Norway is one of the leaders in electric transport!

Norway is a global leader in the field of electric transport, and the number of electric vehicles and vessels that need to be charged is increasing rapidly. This trend will continue in the near future, not least in response to political goals and the needs of users and the industry for a more sustainable transport industry. 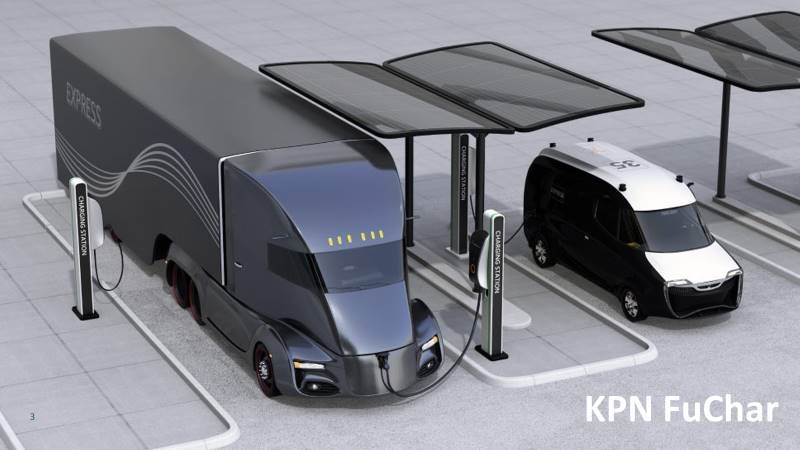 Increasing charging demand from the transport sector will lead to a significant increase in load in the electrical distribution grid and may at times cause bottlenecks. In the worst case, this may result in reduced power quality in the form of poor voltage quality or power outages. It is thus important to generate smart concepts for the development and operation of the charging infrastructure of the future.

FuChar is an abbreviation of “Grid and Charging Infrastructure of the Future”. The FuChar project shall contribute primarily to minimising costs associated with the integration of electric transport into the electrical grid. This shall be achieved by means of research into the following fields, among others:

The focus of FuChar is on high power charging, such as fast charging of electric cars and buses. At present, we know little about how this type of charging affects the grid. FuChar will also provide new know-how regarding high-power electric charging and user behaviour in the transport sector, which will help make the transition to an electric transport sector as positive and efficient as possible.

Collaboration between research scientists and industry partners will be important!

The wide-ranging participation in the project is very important to ensure the sharing of knowledge and experience between industry and researchers. This also enables FuChar to obtain access to the data necessary for the research activities, as well as helping to ensure that the focus of the project is fit for purpose.

Through research and co-operation between the participants in the FuChar project, we will ensure that the development of charging infrastructure for electric transport is co-ordinated with the development and operation of the future electricity grid. At FuChar’s kick-off meeting, one of the industry partners, Jan Haugen Ihle of IONITY, underlined the importance of collaboration between grid companies and the operators of charging infrastructure in order to ensure better use of the distribution grid.

“Better and closer collaboration between grid companies and operators of charging infrastructure in the planning, development and operational phases, will enable better utilisation of the distribution grid. This will benefit all participants in the transport sector,”
– Jan Haugen Ihle, Regional Director, IONITY

Making use of new expertise and technology will potentially provide considerable benefits both for grid companies and for operators of charging infrastructure – and not least for users of electric transport.

At the kick-off meeting some of the partners were asked to present their reasons for participating in the project, as well as their thoughts on the future of electric transport. Contributions included those from Hafslund Nett, IONITY, the Norwegian Electric Vehicle Association and NVE, as well as the R&D partners, the Norwegian University of Science and Technology (NTNU) in Trondheim and the Polytechnic University of Catalonia (UPC) in Barcelona.

Time was set aside at the meeting for discussion of how the participants envisage the transport sector of the future, what types of vehicles will be most important in the future, and how these changes in society will affect the need for charging of various types of vehicles and vessels. Issues from this discussion will be important when scenarios and assumptions are established for the research activities in FuChar. Among other things, Kjersti Vøllestad of Hafslund Nett pointed out that development will be different in urban areas and rural districts, and that it is important that the project should take into account these differences in its research work.

“Future needs for grid investment as a consequence of increased load from high-power charging will be very different in urban areas from in rural districts and along the main roads between cities. Hence it is very important that FuChar’s load modelling and analysis of impact on the grid take this into account”
– Kjersti Vøllestad, Adviser at Hafslund Nett

The kick-off meeting was a very promising initiation of a project with many exciting and important research challenges, and we are looking forward to four years of collaboration in FuChar!

Email Profile page
Machine learning can predict faults in the Norwegian power system The future grid and charging infrastructure for electric transport – FuChar is working on it!

0 comments on “The future grid and charging infrastructure for electric transport – FuChar is working on it!”