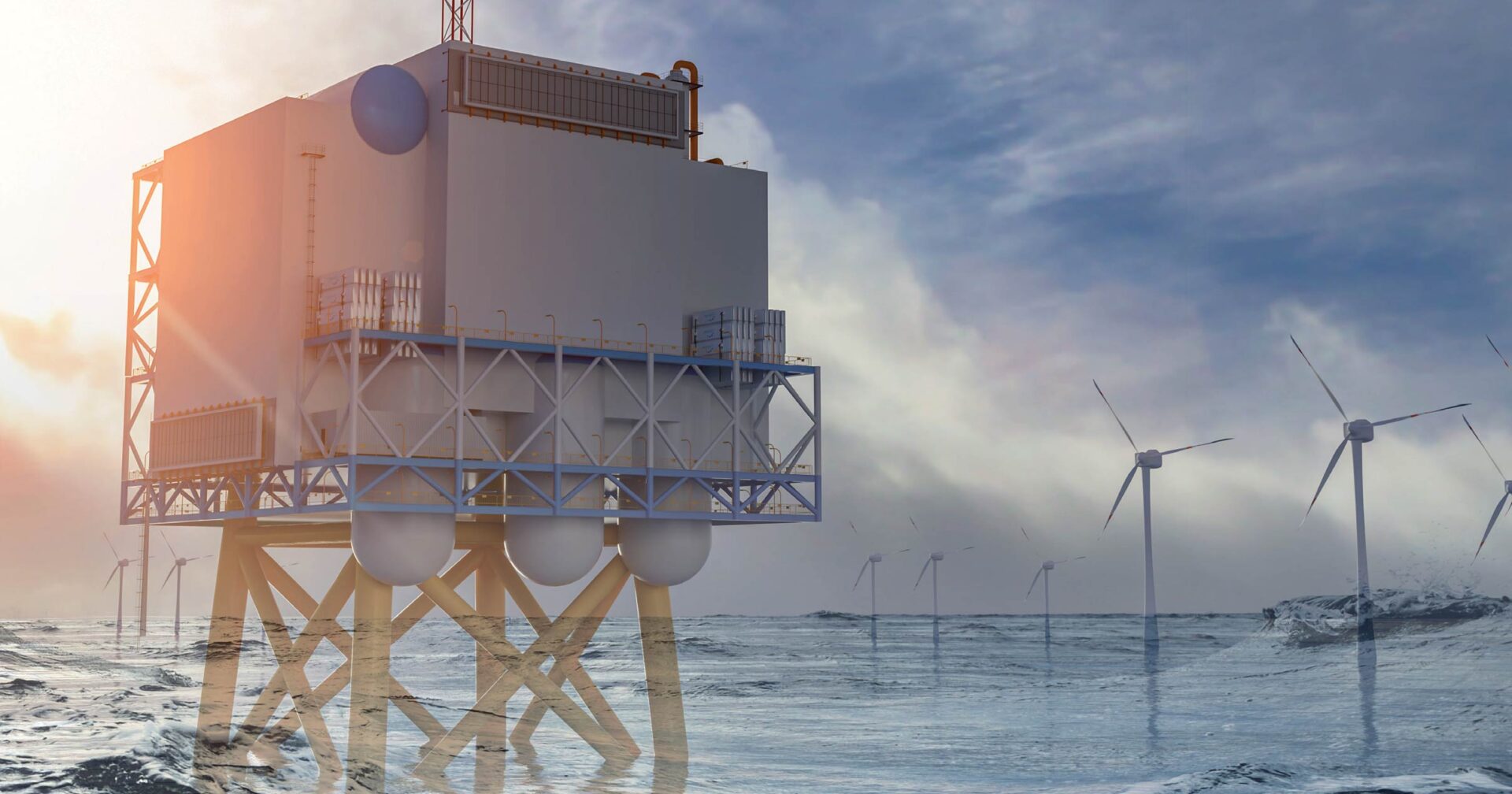 Offshore energy hubs are poised to play an important role in the North Sea’s green transition. These hubs will serve as connecting points and storage sites for the energy produced with offshore renewables. Building them optimally to get the best results at the lowest possible cost will require careful analysis.

The role of natural gas on the Norwegian continental shelf

Norway was the world’s third-largest exporter of natural gas in 2019. Offshore oil and gas extraction was responsible for 26.6% (13.3 Mt CO2 equivalent) of the total Norwegian greenhouse gases in 2020. Norway is stepping up its climate goal, with planned emissions reduction of 50% to 55% by 2030, compared to 1990 levels. The Norwegian Continental Shelf’s (NCS) energy system will have to be decarbonised to be aligned with the goal. 84.6% of the total emissions from offshore oil and gas extraction is from gas turbines located on platforms. These turbines have a low efficiency – of around 33%. Replacing gas turbines with renewable energies will help platforms achieve zero emission for the extraction part of the oil and gas industry. North Sea offshore wind may play a central role in the shelf’s energy system decarbonisation. Offshore Energy Hubs (OEHs) may help efficient offshore wind power generation and distribution.

An OEH is a physical energy connection point with energy storage, where multiple energy carriers can be converted, conditioned and stored – see Figure 1 for an illustration of an OEH. Offshore wind power has a variable output and may not meet the security of supply requirement of platforms. Energy storage can solve the problem, by compensating for wind power volatility – and helping it replace gas turbines fully. However, adding batteries to a platform can be impractical due to the weight and space limitations. OEHs can convert surplus wind power and store it in the form of hydrogen. Then OEHs can generate electricity with fuel cells and supply it to platforms when the wind isn’t blowing.

OEHs may fill a useful role in both the short- and long-term. In the short to mid-term, they can provide a carbon-free energy supply for offshore oil and gas extraction, maritime cargo transport, and offshore farming. In the longer term, the development of OEHs may also facilitate the transition to a decarbonised continental energy export. After the oil and gas fields have fallen into disuse, OEHs may produce and export green hydrogen and connect with a North Sea offshore grid.

It is important to make investment planning in OEHs and other decarbonisation technologies (offshore wind, offshore solar, subsea cables, for example) to achieve a zero emission NCS energy system in a cost-efficient way. The investment planning can be formulated as an optimisation model. An optimisation model is a mathematical description of a system that aims to minimise or maximise an objective with some constraints. Optimisation is widely used in energy research.

It would be useful to analyse the value of OEHs from different aspects, such as emissions, energy losses and costs. An illustration of an investment planning problem for the NCS energy system is shown in Figure 2. The problem focuses on the decarbonisation of the offshore oil and gas platforms. All 66 operating fields in the North Sea part of the NCS clustered into five groups. OEHs are invested in five candidate locations around the field clusters. By conducting sensitivity analysis on CO2 tax, we aim to show the value of OEHs under different CO2 tax levels.

In 2021, the CO2 tax is about 55 €/tonne in Norway with an ambition to increase it to 200 €/tonne in 2030. Combined with the increase in the EU emissions trading system, the CO2 price could be in the range of 250 – 300 €/tonne by 2030. Figure 3 shows the investments decisions. We can see that the break-even price of OEHs is around the planned CO2 price in 2030. In addition, the potential benefits of the OEHs may realise once they provide services to more sectors, such as exporting hydrogen for industries or transportation.

Figure 4 shows the difference in emissions and costs in the cases with and without OEHs. OEHs have the potential to reduce CO2 emissions by an extra 50%, while reducing the total costs by 5%. It is also worth noticing that a carbon budget may be necessary to enable a zero emission energy system in addition to CO2 tax.

Generation shedding, in the context of electricity production, refers to the wasted part of the electricity generation, occurring when more power gets generated than necessary.

From a large-scale techno-economic analysis, we find that OEHs can reduce emissions and energy losses in a more cost-efficient way. OEHs may benefit Norway in both the short- and long-term, helping with both decarbonising the shelf and exporting clean energy. In addition, OEHs may also contribute to European climate target. However, to make such analysis more accurate, collaboration between academia and industry is needed.

For the detailed modelling and the results on sensitivity analysis of CO2 budget and the capacity of power from shore, we refer the readers to our paper “Modelling and analysis of offshore energy hubs”.