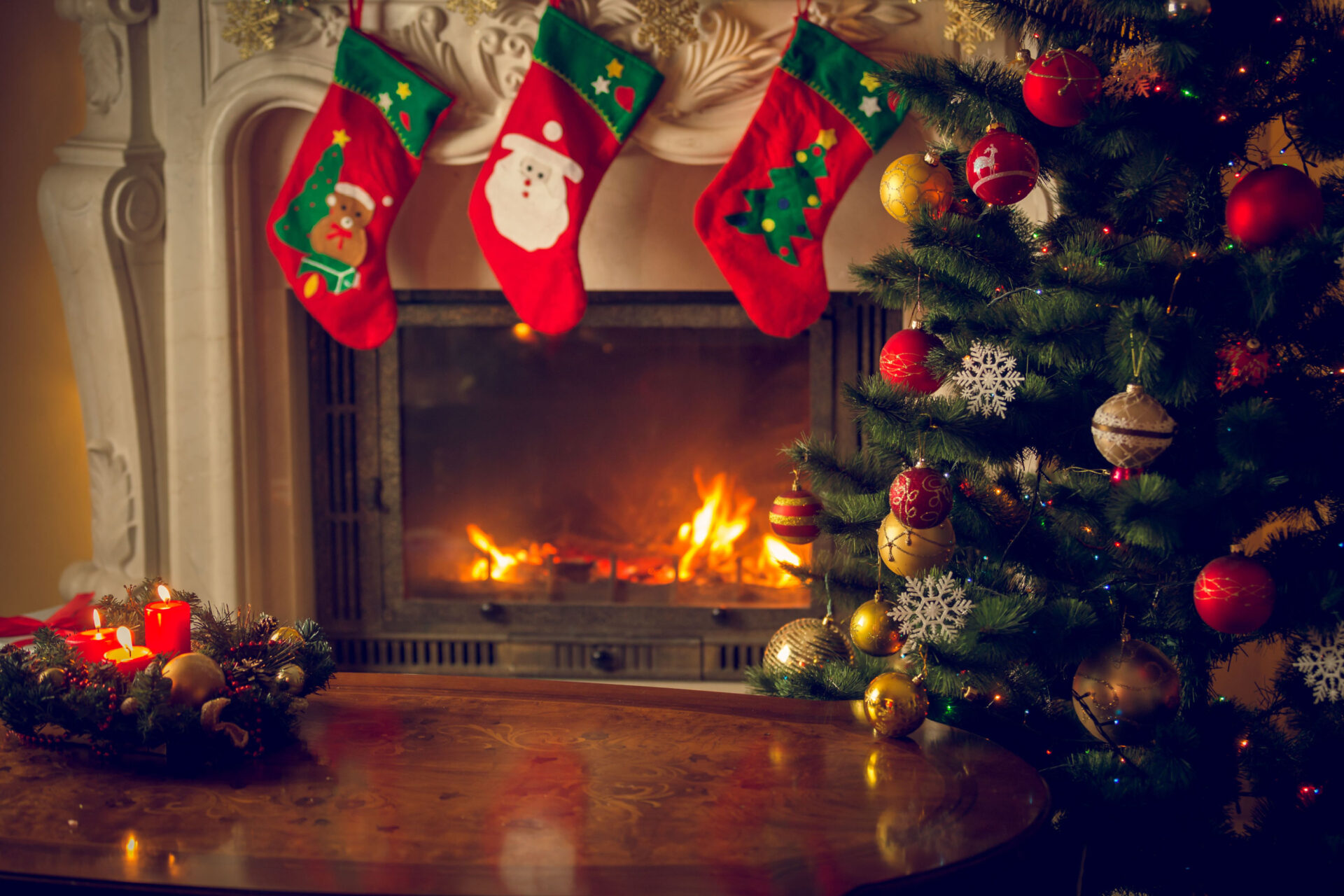 When it comes to wood-burning stoves, most people don’t realise they need maintaining. They don’t use electricity, and they are often made out of sturdy materials, such as cast iron, sheet steel or soapstone.

It’s common knowledge that the chimney pipe must be swept occasionally, but a wood-burning stove will also benefit from regular checks of, for example, its gaskets and burn plates as well as any incrustation build-up. The chimney pipe may also need maintenance beyond sweeping or repairs to improve the draft.

The parts of a wood-burning stove

In principle, wood-burning stoves are divided into two main parts: the fire box, where the fire is lit, and the heat exchanger, which transfers heat from the hot flue gas to the surrounding room. In order to ensure good combustion, the fire box shouldn’t lose much heat. However, the heat exchanger should lose significant heat in order to warm the room.

All suction forces involved in the draft will work to pull air into the wood-burning stove, but you can control how much air is actually let in by opening the air damper. When you close the damper, you will increase the air flow resistance through it, thereby reducing the air flow and allowing the fire to burn for longer.

Furthermore, all chimneys should have a chimney cowl to prevent weather and wind from disturbing the draft. However, the chimney cowl shouldn’t be so close to the chimney outlet that it blocks the flue gas, which would reduce the draft.

Gaskets age over time and can become stiff or gradually loosen. The most exposed gasket sits around the stove door, and you should check that it is still in place and hasn’t loosened anywhere.

If the gasket is not properly installed, air will be able to leak, which will negatively impact the combustion process and reduce the stove’s heat output. Air leaks will also reduce the effect of the air damper.

Burn plates – usually Skamol plates in new stoves – are there to insulate the firebox, thereby ensuring that a sufficiently high temperature can be reached. Losing too much heat through the walls of the fire box will result in poorer combustion and make the outside surfaces of the stove very hot to touch. Therefore, you should replace broken burn plates and keep an eye on any cracks that are starting to form.

You don’t need to take out burn plates to brush off any soot that has gathered between them and the stove material. Soot is a great insulator, and a little soot will positively contribute to the fire box’s ability to maintain heat. Furthermore, Skamol burn plates can break if they aren’t handled correctly.

The glass in doors or any side windows in a wood-burning stove is a special type of glass that is very hard to break. If a crack occurs, the whole panel should be replaced. There are also gaskets around the glass, but they are not exposed to stresses in the same way as the gasket around the stove door, which is often opened and shut.

Significant temperature variations can cause the different materials in the stove to warp, and over time, crack. Fire cement can be used in various places in the stove to close any cracks – however, it can also crack over time. Check regularly that everything is in place, with no visible openings where air can get through.

Fire cement, gaskets and burn plates are standard spare parts that can be acquired either from retailers or directly from wood-burning stove producers. They can also help you with new glass for your specific wood-burning stove.

Incrustation build-up in the fire box

Wood-burning stoves are made from sturdy materials that shouldn’t significantly deteriorate over time. However, materials with surfaces that come into contact with smoke will be exposed to incrustation build-up, which is when a black coating covers the surfaces of the fire box (glass and burn plates).

If too much soot builds up, it will negatively impact the stove’s ability to heat the room while increasing the temperature in the chimney, thereby reducing the efficiency of your wood-burning stove.

If you have incrustation build-up, there are some tricks to remove it without using special detergents. For example, you can use a moist cloth with a little ash on it, as ash is alkaline and can therefore help loosen the coating.

Beyond this, cleaning surfaces in the fire box is not recommended, except for regularly removing excess ash using the appropriate tools. Letting a little ash, particularly the coarser type, and any charcoal left over from the previous fire remain in the fire box can be helpful when lighting new logs, as ash is a great insulator and charcoal contains a lot of energy.

Incrustation build-up in the pipes

Incrustation can also build up behind the fire box, inside the stove heat exchanger section and the stove pipe, which cannot be burned off in the same way. They can burn if you keep the heat at a maximum, but this increases the risk of chimney fires, which can have serious consequences. It is much better to light fires properly in the stove, thereby avoiding a lot of incrustation build-up and never experiencing a chimney fire. The chimney sweep can then clear the remaining particles from the chimney pipe when they visit. If you’ve used your wood-burning stove correctly, the chimney sweep will have an easy job.

A lot of incrustation build-up in the flue gas pipes behind the fire box will reduce the cross-section of flow and result in a loss of pressure, which will negatively impact the draft, but it will also result in higher temperatures in the chimney, which will, paradoxically enough, increase the draft. Particles can also accumulate locally in exposed places, such as pipe bends, which will reduce the draft but not increase the temperature into the chimney much. Therefore, you should regularly check the stove pipe leading into the chimney, and remove any soot particles and brush away any harder incrustation covering the inside.

Retrofitting of the chimney pipe

The chimney pipes connected to wood-burning stoves can be seen as divided into many small sections, where it is the temperature difference between each individual section and the outside air that contributes to the overall draft.

If you have a chimney pipe that steals a lot of heat from the flue gas, the draft will be poor, and may be almost halved in strength when the flue gas temperature approaches the same temperature as the outside air.

If the pipe is leaky, it will reduce the suction forces for drawing air into the wood-burning stove through the air damper, which will also result in a poorer draft.

Adapting a chimney to a new wood-burning stove

If you replace an old wood-burning stove with a new, cleaning-burning stove with the same output, you may find that your draft gets worse. This is because the new stove has significantly better energy utilisation, with less flue gas and lower temperatures in the chimney pipe. Less flue gas will result in a lower flow speed and the flue gas staying in the chimney for longer, which will lead to greater heat loss and a reduced draft.

However, new stoves are also more airtight than old stoves, which means that the draft can be better utilised. Even so, the air damper setting must still be adapted to the new stove, and the stove door may need to be kept open a little longer when lighting a fire to ensure sufficient air supply.

Therefore, you should consider whether you need to adapt your chimney to your new stove by checking that the chimney pipe has no leaks and taking measures to reduce heat loss, for example, by inserting a tube into the pipe to make it gastight. You could also increase the height of your chimney or install a draft inducer fan on top of the pipe to ensure a good and more stable draft.

The 10 commandments of wood burning stoves

Nothing cosier than a well-maintained wood-burning stove

Regular maintenance ensures that your wood-burning stove is in a condition to work as intended and that no large amounts of particles accumulate that can negatively impact both your stove’s emissions and the function of your stove heat exchanger section or the chimney pipe. This will also enable you to avoid large problems with the draft and – in the worst-case scenario – a chimney fire.

When you buy a new wood-burning stove, think about your chimney pipe too. If the draft has been a problem with your current stove, it is very likely that it will be a bigger problem with a new stove unless the chimney is addressed – assuming you light a fire in the same way and the new stove has the same output. However, you can also change how you light a fire in order to improve your draft.

Ultimately, there is nothing cosier than lighting your wood-burning stove or fireplace insert with the knowledge that the stove and chimney are working as intended.

Don’t burn your Christmas tree in the fireplace!

1 comment on “How to look after your wood-burning stove”