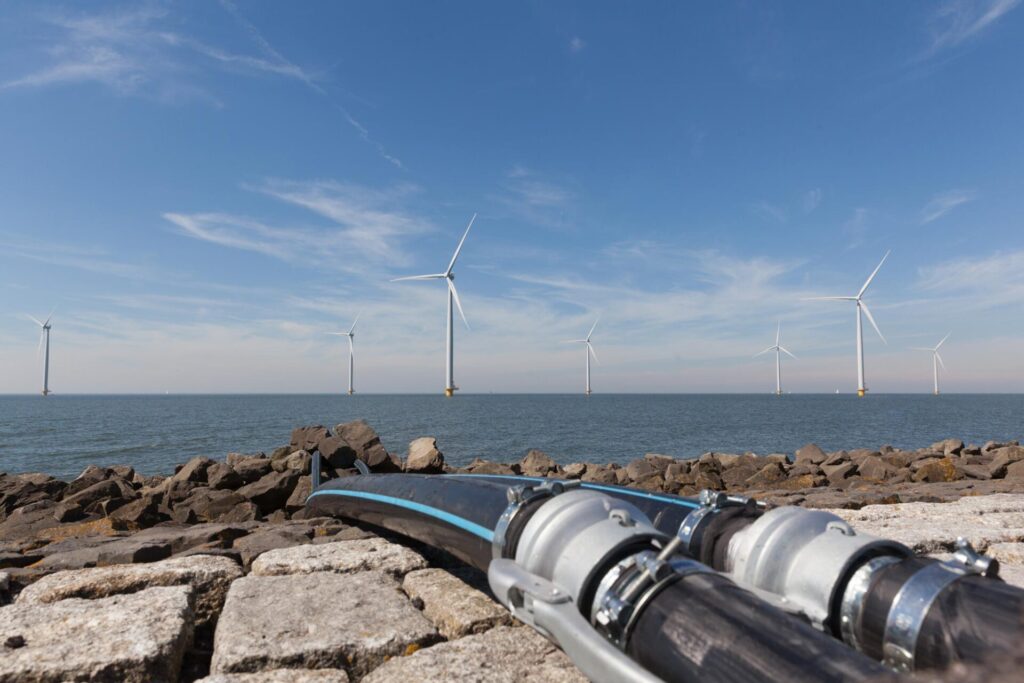 This article gives some of the background for the work-package called “Energy Market Design” in the Green Platform project Ocean Grid. It starts by introducing some of the motivation for such a development, and then highlights some of the major considerations central to the work-package. Finally, it outlines a strategy for studying these challenges.

In order to meet the emissions targets that have been adopted by many larger economies globally, there is a dire need for more renewable energy. In Norway, electricity production has long been dominated by hydro power, and the country has enjoyed a surplus in “normal weather years”. The projected increase in consumption combined with the lack of new generation capacity has led us to a situation where we may end up with a deficit. Statnett predicts a power deficit within 5 years if consumption increases according to their projections, with little or no new power generation in Norway.

It is important in this context to note that only about half of Norway’s energy needs are covered by electricity. The other half is mainly covered by fossil fuels. This will have to be decarbonised to achieve a zero-emission society.

The large potential of offshore wind

Many energy sources will need to be further developed and exploited in order to transition our society into a zero-emission society. This includes but is not limited to hydro power, solar, bio and geothermal. No single source is a silver bullet that will solve the energy challenge. Each has its pros and cons, and they all have varying degrees of generation potential, and their own characteristics. The potential for energy production from offshore wind farms is very large. Plans have been laid out to award licenses in Norwegian waters for 30 GW by 2040. The Esbjerg Declaration, by Germany, Denmark, the Netherlands and Belgium, sets and ambition of having 150 GW of offshore wind energy capacity by 2050 in nearby waters.

The 30 GW in Norwegian waters is comparable to the combined installed hydro power capacity in Norway. Such a development could ensure a power surplus in Norway in the foreseeable future, and bring more widespread benefits to Norway. The supply industry for the infrastructure needed would get access to a new home market that could pave the way for a new export industry generating value creation in many parts of the country. In addition, a holistic development could facilitate the creation of an offshore infrastructure that could link the country together with an electric transmission network that has proven hard to realise onshore. 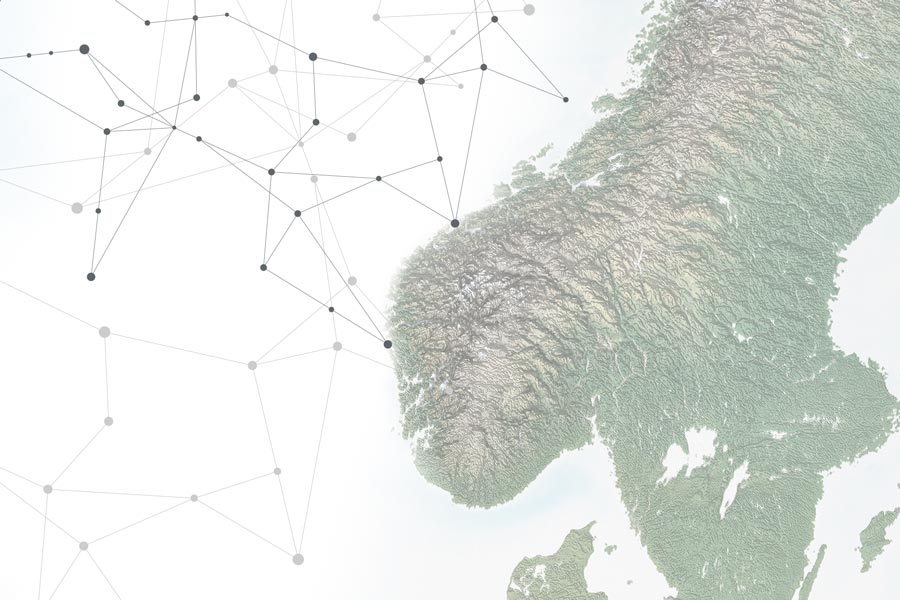 The need for a holistic offshore development

There are many factors that needs to be taken into account with such a large development. In particular, there are sustainability considerations, land usage considerations and interactions with other interested parties in the affected areas. The development is of such as scale that it impacts the onshore energy system in general and the power system in particular.

By its very nature, wind energy is intermittent. This means that the wind power generation cannot be planned or scheduled in the same way as most of the hydro power generation in Norway can be.  This factor needs to be considered when integrating wind into the power system. Balancing power will be needed to balance out the variations in generation from the offshore wind farms. The amount of balancing power needed is partly dependent on other factors in the energy system (such as flexibility of the consumers, intermittency of other source, etc.). It also depends on the way we build the wind farms as a system and which flexibility we build into this system.

We have long time series for wind conditions in Norwegian waters, and we can model variability in overall production given the placement of wind farms. Generally speaking, having the wind farms spread out over a larger area gives less correlations between each wind farm and lower variability in the overall production. This also needs to be coordinated with the intermittency of generation in the rest of Europe. Another area of interest is to evaluate how flexibility can be built into the offshore development though such solutions as local hydrogen production or other storage technologies that could act as a smoothing mechanism for the wind farms.

The primary driver for large scale offshore wind power is to bring more renewable energy into the energy mix. But several other perspectives are also important. Many actors have highlighted the potential for value creation in the supply and service industry in Norway. This industry could both serve the home market and grow to become a considerable export industry.

Besides the value creation perspectives within energy and industry exports, it is important to look at the development in a holistic manner. The influence on the surrounding power (and energy) system from 30 GW offshore wind in Norway will be direct and non-negligible.  In particular, the influence on the Norwegian hydro power may be considerable. Norway has today a hydro power dominated power system, and the operational patterns for this system have developed over time. Introducing substantial amounts of intermittent renewable power production into the mix will affect the operational patterns for Norwegian hydro power. We are fortunate to have this balancing capability, but we need to carefully study and assess the impacts this shift in power mix has for the operation of our hydro power plants. There is a great potential here for even more value generation in the interplay between wind and hydro, but both the operational conditions and potential needs for upgrades of the existing hydro power infrastructure need to be considered closely.

The effects of the grid infrastructure needed for these large-scale developments also needs to be considered carefully. One aspect is the challenges associated with finding integration points between an onshore and an offshore grid in order to make this one interacting grid. Finding points where considerable amounts of offshore power can be incorporated into the existing onshore transmission network is challenging because the grid needs to be able to handle these volumes and there may be formation of new bottlenecks. Studies are needed, and are being performed, to investigate the consequences for the grid of incorporating these volumes. But this challenge could be seen in a wider context where the construction of a sufficiently capable offshore gird could help alleviate bottleneck problems onshore. A strong HVDC grid along the Norwegian coast could act as a new backbone tying the country together and facilitating value creating industry and other activities throughout Norway. There is no doubt that this will be expensive and technically challenging. However, not building such an infrastructure (offshore or onshore) may constitute a major missed opportunity for the country.

As described above, we need a holistic approach to the development of offshore wind farms to ensure that we understand the challenges and opportunities of such an endeavour. As the projected wind farms are connected in one common market, there is the risk of cannibalisation between the parks if they have strong correlations in their production, and if there is not enough flexibility in the system to absorb the resulting variations. A development without taking this risk into account could lead to larger variations in the power generation and the need for more balancing power. Having more distance between the wind farms would in general lower the correlations but might also increase the cost if they are to be interlinked. This will directly impact the price power producers can get for their power, and the profitability of the developments.

Modelling offshore wind production in market models that can account for the balancing capability of Norwegian hydro power and incorporate the correlations between wind farms (and other intermittent sources) will shed light on the aforementioned challenges and opportunities. This work, Energy Market Analysis, is a central part of Ocean Grid. Building and studying future scenarios for how the development can be realised gives us the ability to assess pros and cons for each scenario. This will help optimise value creation both for the industrial partners and for Norway. The holistic development of offshore resources may also reduce the balancing needs and lead to a more robust and efficient energy supply to Norway.

Input from other work packages of Ocean Grid

The work package covering Energy Market Analysis is closely linked to other work packages and in particular to the ones covering optimal grid developments and market and regulatory conditions. There are many open issues when it comes to the development of both the grid itself and the market regulations that are needed to make it function efficiently. The Ocean Grid project allows for a close integration of these topics.