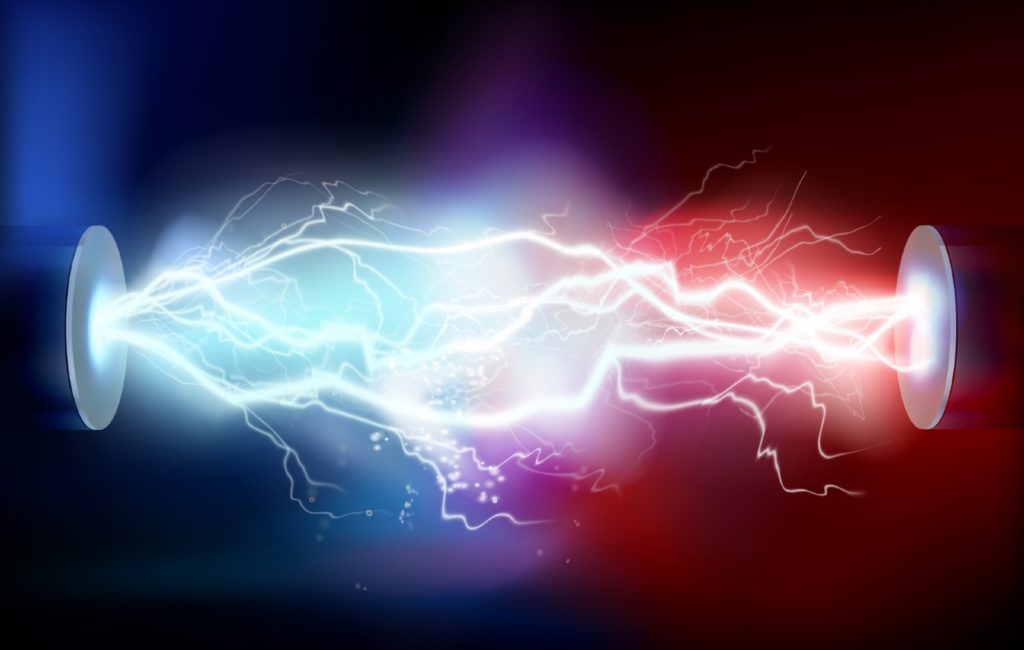 In the smart and flexible modern power grid, power electronics are essential components for enabling effective switching and seamless control of the power flow between the different suppliers and consumers of electric energy.

However, in the on-going race to develop high-frequency components with reduced power loss during switching, there is increased concern in the high voltage industry that the rapid switching from power electronic converters may damage high voltage insulation materials and significantly reduce the lifetime of high voltage equipment.

In the KPN FastTrans project, world-leading research scientists at SINTEF and NTNU cooperate with Infineon (one of the world’s largest producers of power electronics components), ABB, and several major energy companies to determine the impact of rapid power electronic switching pulses on high voltage components in the power grid.

Most of us have some sort of familiarity with the concept of alternating current (ac), i.e. that the electricity that flows in the sockets in our homes rapidly changes direction, 50 times per second.

This so-called 50 Hz line frequency (the United States and some other countries use 60 Hz) used today in modern power transmission and distribution systems is a technological and industrial compromise dating back to the late 19th and early 20th centuries, during the large-scale electrification of modern societies following the industrial revolution.

The 50 Hz line frequency had some historical benefits: 50 Hz could fairly easily accommodate the synchronisation of large generators (e.g. hydropower) for electricity production. In addition, at 50 Hz the electric power could easily be transformed to higher voltages, with manageable circuit breakers, and be transported over long distances without significant energy loss,which was a major problem for low voltage direct current (dc) systems. 50 Hz is also fast enough to avoid noticeable flickering of incandescent lightbulbs and slow enough to avoid high-frequency reactive losses in increasingly complex power grids.

Now, fast forward to 2020. Today, the modern power grid consists of a myriad of supplier and consumer apparatus that may not be operating most energy-efficiently at 50 Hz. An example of such an electric power production system is solar panels, which produce electricity as direct current.

On the consuming side, we find for instance fast charging stations that deliver dc power to charge batteries, or high voltage industrial motors with varying operation frequencies that depend on the application, the voltage and power rating.

For these suppliers and consumers to be compatible and able to exchange energy with the 50 Hz power grid, the electric energy must be passed through “translation and synchronisation devices”. In a modern power grid this energy translation is done by power electronic ac/dc converter switches.

Power electronic converters are designed using semiconductor transistor-logic, and therefore based on the same principles as electronics for information technology such as in cell phones and computers, although with the important difference that power electronics modules must be designed to carry significant amounts of electric power.

One of the world’s largest producers of power electronics modules is Infineon Technologies AG, a German company with more than 40,000 employees worldwide.

Power electronics operate in a similar fashion as electronics for information technology: They consist of transistor-based binary logic that either transmits current or not. For such components to be used for e.g. converting dc power to 50 Hz ac, the voltage output from the power converters are programmed to be turned on/off in specific high-frequency patterns to mimic the alternating current. An example of such a technique is the pulse-width modulation.

Another example is for converter-fed electric motors, see Figure 4, where converters are series connected and programmed to induce an approximate sinusoidal current profile in the motor. However, the resulting voltage output is typically a jagged and fragmentary approximation of a smooth sinusoidal 50 Hz profile.

In addition, the current technological development within semiconductor power devices, such as those based on silicone carbide (SiC), rapidly move toward higher frequencies and faster rise times to reduce the energy loss internally in the converters. This results in even sharper voltage spikes with extremely short rise times (<50 ns). Recently, there has been increased concern in the high voltage industry whether such sharp repetitive voltage spikes represent a hazard for the insulation in high voltage equipment [M. Ghassemi, IEEE TDEI, vol. 26, no. 5, 2019].

One of the first signs of insulation degradation are small partial discharges (PDs), often visualized as electrical sparks in small voids or around sharp edges in the insulation. Increased PD activity will over time accelerate insulation degradation and can ultimately lead to destructive failure of the high voltage components. At SINTEF Energy Research, we have some of the world leading experts on measuring and interpreting PD signals in high voltage insulation.

In 2015, researchers at SINTEF and NTNU published an interesting correlation between fast transient voltage pulses and partial discharge activity in power electronics insulation, see Figure 6. If the high voltage insulation was exposed to smoothly varying sinusoidal 50 Hz voltage profiles, the observed partial discharges were small and increased slowly as the voltage level increased.

In contrast, if the insulation was stressed with fast rise-time voltage pulses mimicking the voltage output from power electronics, the partial discharge activity started at a much lower voltage level, and rapidly increased to potentially harmful levels as the voltage was increased.

However, today most high voltage equipment operating adjacent to power electronics converters, including the power electronics modules themselves, are factory tested for PD activity with a gentle 50 Hz sinusoidal voltage pulse because no relevant and accepted standards exist for measuring and qualifying partial discharges under fast rise time voltage surges.

The result is that industry must qualify their equipment for the market with test standards that are potentially not relevant for the real-life stress these components are exposed to in the modern power grid. This may lead to inaccurate lifetime estimates of the equipment and sometimes to artificially low voltage ratings and inefficient operation as the industry wants to be “on the safe side” to avoid costly failures of critical components.

In the SINTEF-led FastTrans research project, the objectives are not only to study the internal insulation in power electronic modules, but also to follow the steep voltage outputs from the converters into cables and adjacent high voltage equipment that are exposed to these rapid voltage surges. This has led to great interest from industrial stakeholders in the power electronics value chain, including producers of high voltage equipment (ABB) and end-user companies (e.g. Equinor, Statkraft). The FastTrans consortium is further strengthened by the cooperation with Europe’s oldest university in Bologna, which house expertise on measuring partial discharges in electric motors.

FastTrans is one of the first large KPN projects taking advantage of the laboratory resources in the newly established national infrastructure lab Elpowerlab. This lab is operated by SINTEF Energy Research in Trondheim, and has recently acquired several ultrafast high voltage sources that emulate various forms of fast transient stresses for realistic testing of insulation material under influence of power electronic converters.

At the time of writing, FastTrans been running for about six months. SINTEF researchers are currently building test equipment to be used for PD detection and materials testing in the next three and a half years.

0 comments on “FastTrans: Reducing the Impact of Repetitive Voltage Pulses on HV Components”