Elizabeth Petrie is a professor of Geology and the Moncrief Chair in Petroleum Geology at Western Colorado University who recently completed a stay at the University of Oslo through the NCCS Mobility Scheme. Her stay was part of her work on characterizing fault zones with the aim of de–risking CO₂ storage. 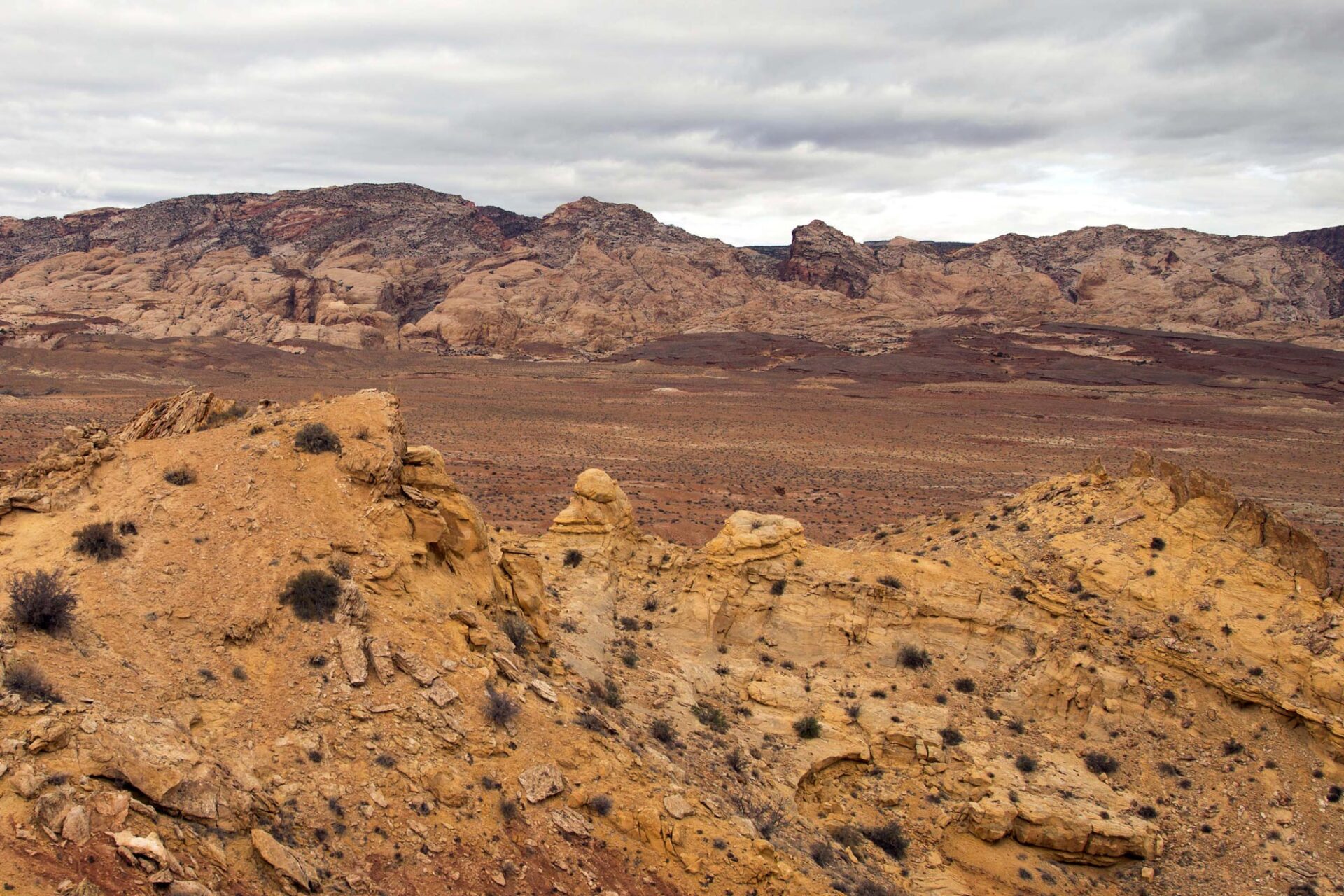 Storage of carbon dioxide (CO₂) in the subsurface is an important strategy for reducing the accumulation of CO₂ emissions in the atmosphere. The success of geologic sequestration relies on the ability to store a large volume of CO₂ in subsurface reservoirs over long timescales without inducing seismic activity, impacting adjacent mineral rights, or having a loss of CO₂ back to the atmosphere. To quantify the technical risks associated with geologic storage, CLIMIT has supported fundamental geologic research through the collaborative CO₂ seal bypass (COPASS) and CO₂ containment and monitoring techniques (COTEC) projects.

My research task in the recently completed COTEC project focused on fault zone morphology and the distribution of fracture networks, (work package 1 – geologic footprint), using outcrop and core analysis from the Little Grand Wash fault zone. In July 2022, I began a five-month sabbatical stay at the University of Oslo (UiO)’s Department of Geosciences. This visit was supported by a Norwegian CCS Research Centre (NCCS) Mobility Grant. The mobility grant funding has given me the opportunity to continue my eight-year collaboration, through participation in COPASS and COTEC, with UiO and Norwegian Geotechnical Institute (NGI) researchers, and finalize our work program with the COTEC core samples.

At depth, CO₂ sequestration sites are characterized using a variety of geophysical methods, and the success of these methods requires that they be conditioned using observed rock characteristics and petrophysical properties from outcrop and core. Outcrop and core analogues also provide important parameters for the forward, field-scale modelling of storage systems.

In the subsurface several fluid pathways exist that can result in migration of CO₂ out of the intended storage volume. Geologic factors that are important to sequestration include the availability of pore space within a permeable reservoir and a competent sealing unit. The rock properties and permeability of both the reservoir and seal can be impacted by the presence of fault and fractures.

In the brittle crust, permeability can be associated with faults and fractures, allowing migration of fluids across lithologic boundaries. Due to changes in pressure conditions, faults can be reactivated, resulting in seismic slips, and fractures can experience cycles of opening, fluid flow, and mineralization. To ensure safe and effective sequestration and containment of CO₂, the sealing capacity of faults and fractures and an estimate of fault stability is required. The three-dimensional heterogeneity of fault zones presents a challenge in understanding how fluids can be transmitted through and across fault zones, while the risk of reactivation of faults and fractures is dependent on the material properties of the rock and the state of stress in the crust. To better understand these processes, data from geologic analogues are required.

The Little Grand Wash (LGW) fault, located in Utah, USA, is an east-west trending, south-dipping, anastomosing normal fault system. The area is known for its association with Crystal Geyser, a cold-water CO₂ charged geyser emanating from an abandoned borehole drilled in 1935. The LGW fault zone provides a natural laboratory for studying rock fractures that occur in various rock types, and an opportunity to evaluate changes in rock mechanical and petrophysical properties when exposed to CO₂ at depth.

As part of the COTEC project, 16.5 meters of rock core have been recovered from two boreholes. These boreholes sample rocks of the hanging wall, the fault core, and footwall damage zones. The Little Grand Wash fault system contains multiple splays and interaction zones, and records a complex history of faulting, fracture creation and reactivation, and multiple fluid flow events. In this project, outcrop exposures were tied to core descriptions and detailed core analysis.

The core samples are being used to understand:

In both the outcrop and recovered core samples, we observe evidence of fluid flow in the subsurface. The reservoir sandstones are calcite cemented and cut by calcite veins. These sandstones have been altered by fluid-rock interactions through the precipitation of calcite cement, and the veins have crack-seal textures, indicating repeated fracturing during mineral precipitation. We also note evidence of fluid flow through the fine-grained low permeability sealing units of the Summerville Formation in the footwall. These fractures preserve some calcite mineralization but also have bleached margins due to the mobilization of iron-oxides in the host-rock. Adjacent to the fault core, the fined grained host rock is bleached, which suggests exposure to reducing fluids and intragranular fluid migration.

At the drilling location, the fault zone accommodates more than 100 meters of stratigraphic offset, and is associated with a fault damage zone that is 60 meters wide. In the core samples, we define 1–meter wide fault core. At the Little Grand Wash fault zone, fluid flow is enhanced by the presence of the fault, and extends away from the fault into the fault damage zone, which contains distributed permeability conduits that cross all rock types. The fault zone at Little Grand Wash is a natural geologic analogue, and provides a detailed data set that can be used to condition fault and fluid flow models.

The NCCS Mobility Grant has also allowed me to interact with four of the subsurface tasks of the NCCS and the FRISK project, through task meetings and attending NCCS Consortium Days 2022. While here, I was able to assimilate data with co-investigators at NGI working on the COTEC and FRISK projects, and NCCS. I also attended the Nordic Energy Research’s Making CCS and CCU happen! workshop. These collaborative events have helped me become better versed in the current state of CCS/CCU, and have also provided ideas for the development of a new curriculum in CCS education at my home university.

During my time at UiO, I was able to share research results from the existing COTEC data and develop ideas for future research collaborations and teaching with Drs. Alvar Braathen, Ivar Midtkandal, Elin Skurtveit, Anja Sundal and Ingrid Anell.

While in Norway, I was also able to visit the Western Gneiss Region and join in geologic field work in Sunnfjord and the Oslo Rift, geology that, until this trip, I had only read about.

Elizabeth Petrie is a professor of Geology and the Moncrief Chair in Petroleum Geology at Western Colorado University where she actively involves undergraduate students in research projects that focus on structural geology, rock mechanics, and fracture development. Dr. Petrie studies deformation of the Earth’s crust and how this deformation influences and is influenced by the movement of fluids in the subsurface. Her research combines quantitative observation from outcrop, laboratory experiments and subsurface data sets to understand the formation and distribution of fractures and fault zones and the role variations in rock mechanical properties have on failure across many scales of observation.