It wasn’t until World War II that plastic products began to be mass-produced as they are today. The war accelerated the need for new technologies, and plastics came to revolutionise the way we live – providing us with durable, mass-produced and inexpensive commodities. They promised men of the 1950s a vision of the future, and their housewives an easier life. And plastics more than fulfilled their promise. Plastic products have been so successful that we are now literally swimming in them.

Is plastics itself the enemy?

Current global demand for plastic is greater than ever, and is still growing. However, popular opinion has started to turn. The huge patches of plastic waste that litter the oceans, and marine life found with stomachs filled with plastic, are quite rightly creating public outrage and fuelling a backlash. Many consumers want to reject plastic products (#saynotoplastics). So, while plastic has become hyper-consumerism’s poster boy, we need to ask whether the enemy is plastic itself, or the ways in which we use it?

Avoiding plastic in our supermarkets is a futile exercise, and many shoppers are frustrated at the sight of a single mango or cucumber cocooned in its individual plastic wrapping. However, it’s important to realise that this wrapping has a purpose. Food waste is a massive global problem and accounts for as much as 14% of global CO2 emissions. Wrapping your cucumber extends its shelf life from three to 14 days, greatly improving the chances of it landing on your plate. In another example, Norwegian food distributors BAMA have reported a 75% reduction in waste by transporting packaged instead of loose grapes.

Nor does plastic carry the worst of all environmental footprints. According to the UK Environment Agency, the much-despised, everyday polythene carrier bag actually offers the ‘greenest’ option, having four times less environmental impact than its biodegradable competitor, the paper bag.  It also turns out that the cotton shopping bag that I’ve been proudly using has to be reused 131 times to bring its environmental impact down to the same levels as those of the cheaper plastic bag (#newlifegoal).

There’s no doubt that there is a surplus of throw-away plastic in our everyday lives. However, we cannot deny that we would be struggling to maintain our current quality of life without the availability of plastic products. Access to clean water, food, medicine, infrastructure and transport all rely on the use of plastic in its different forms.

Should we ban plastic?

Today, 70 years on from the post-war plastic revolution, we produce more than 300 million tonnes of plastic goods each year. Our planet is quite literally drowning in it. What we need is a new plastic revolution. However, the answer is not to ban plastic, but to use it and all other materials more intelligently and more responsibly. This is why SINTEF researchers are focusing their efforts at finding solutions in the Clean Ocean and Circular Economy research centres.

So, as well-intentioned consumers, how do we target our efforts in the face of the continually shifting, green goalposts? The answer is an oldie but a goodie: 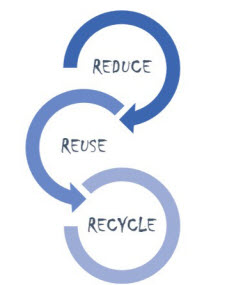 Email Profile page
How the tide turned on plastic

2 comments on “How the tide turned on plastic”