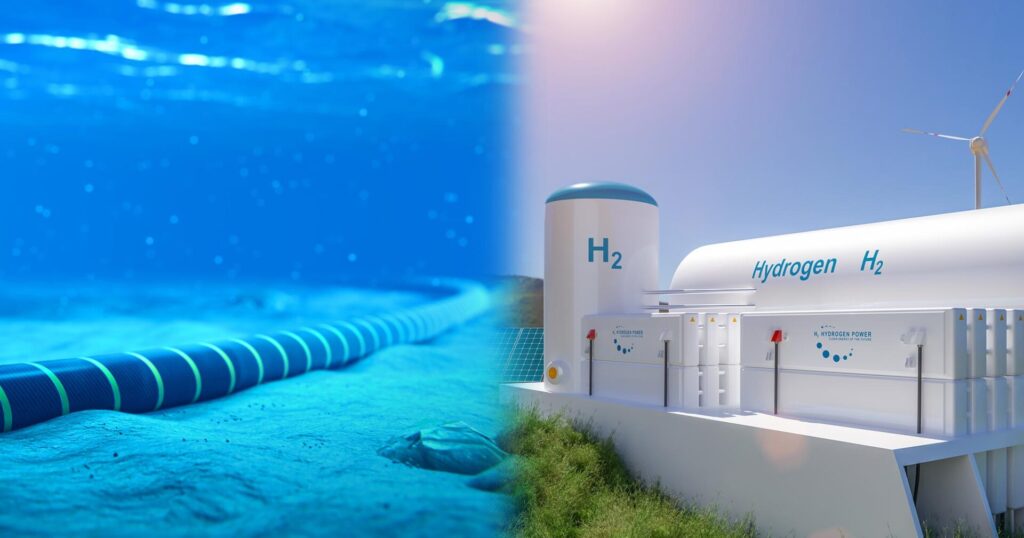 From 2019 to 2026, the LowEmission research centre will develop new technology and concepts for offshore energy systems and integration with renewable power production technologies. The overarching target is to reduce offshore greenhouse gas emissions from operations on the Norwegian Continental Shelf, but the centre’s innovations will benefit industry far beyond oil and gas.

“Together with CCS and hydrogen/ammonia technologies, electrifying the shelf will be vital to reduce emissions in the years to come. But to get full value from the research centre, it’s important that these innovations can be used in other contexts, especially ones that will eventually overtake the Norwegian oil and gas industry, says Stefania Osk Gardarsdottir, Acting Director of the LowEmission research centre.

The economic future of the North Sea

LowEmission played a central role in the development of ‘The North Sea as a platform for the green transition’, a research-based report prepared by SINTEF and NTNU for distribution at Norway’s Arendalsuka and Glasgow’s COP26 in 2021.

“Norwegian industry has an edge because of its extensive knowledge about the North Sea and its experience carrying out projects in challenging offshore conditions. On top of that, a lot of the existing oil and gas infrastructure can be repurposed to play a role in the decarbonisation transition,” said Stefania Gardarsdottir at the launch of the report.

Various research tasks on electrification will be of use to the emerging offshore wind industry, for example. System integration aspects and innovations with cable technologies are just two areas where industries that transport electricity will benefit.

LowEmission‘s concept as an innovation platform has already bore fruit in this area. Two of the centre’s partners – Nexans and SINTEF Energy – came together to launch an IPN spin-off project with Statnett: Design, modelling and testing of HVDC cable insulation for future cable grids.

High voltage subsea cables are crucial to electrify oil platforms. LowEmission is trying to find new designs to reduce their costs and comply with the expected requirement to stop using the proven lead-based sheaths.

Wet-design high voltage power cables with no metallic protective barrier are lighter and therefore easier and cheaper to install than traditional heavier cables. Since the wet design enables water to enter the cable over time, electrical stress, water soluble contaminants and a humidity level above 70% can result in the growth of so-called water trees.

LowEmission research into the formation of water trees will help drive forward this innovation, which will benefit industries beyond oil and gas. In particular, offshore wind farms will become more viable with cheaper, lighter cables to carry the generated power ashore.

The development of fuel cells and hybrid propulsion systems for petroleum industry related logistics activities can also be utilised for other mobility applications especially in the maritime industry. Knowledge acquired through LowEmission work has synergies with the Green Platform project ZeroKyst, which focuses on the decarbonisation of the fisheries and aquaculture industries, as well as the FHF project “Elektrifisering av kystfiskeflåten ved bruk av batterier og brenselceller” (Electrification of the coastal fishing fleet through the use of batteries and fuel cells), which designed a 13 m long coastal fisher boat fuelled with hydrogen and ammonia.

Within the ZeroKyst project, NTNU and SINTEF will develop a cohesive plan for hydrogen supply and charging infrastructure along the Norwegian coast as part of the goal for new and existing vessels in the fisheries and aquaculture industry to become emission-free.

Hydrogen and ammonia for gas turbines

Hydrogen and ammonia combustion research for gas turbines undertaken by LowEmission is also useful in other sectors where the fuel needs to be decarbonised, such as the process, metal, glass industries and the power industries. All the experimental and numerical tools developed for understanding and predicting how these fuels behave could be adapted in other types of burners, furnaces, and boilers. Spin-off proposals and other project proposals have been preparedbased on the knowledge acquired by the research group. Some aspects are also relevant for maritime applications and the shipping industry – in fact that specific application, combustion in gas engines, is being investigated within LowEmission.

Several LowEmission partners including NTNU and SINTEF play a major role in the Norwegian CCS Research Centre, NCCS. An exchange of knowledge takes place between the two centres to share knowledge in the field of gas turbines.

0 comments on “Beyond the shelf: 3 ways LowEmission innovations will benefit industries beyond oil & gas”