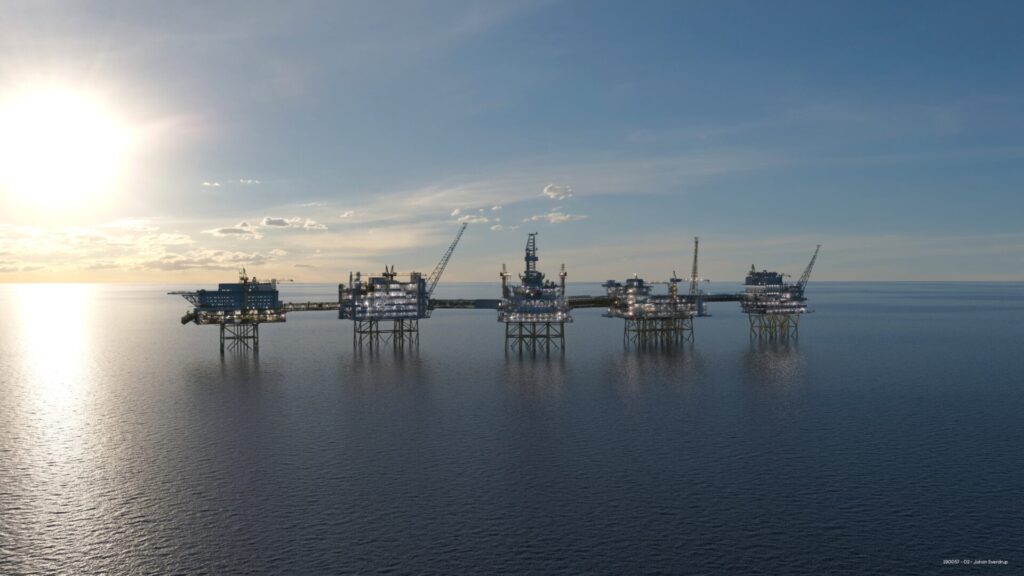 Electrification of oil and gas is the most straightforward way to reduce emissions in oil and gas exploitation, but other technologies can also make a big difference.

Norway has committed to ambitious greenhouse gas reduction targets over the coming decades. Reducing emissions linked to oil and gas exploitation on the Norwegian continental shelf (NCS) is crucial to reaching those goals. Oil and gas exploitation accounts for 27 percent of Norwegian greenhouse gas emissions, and are the second largest source of such emissions in the country, after the transportation sector.

LowEmission is a Research centre for petroleum (PETROSENTER) where the industry and the research community work together on long term projects to develop as many emissions reduction solutions as possible. The ambition for the centre is to produce technologies that will help cut the emissions on the shelf in half by 2030. This will constitute a major step on the road to achieving zero-emission production by 2050.

To reduce emissions by 50 percent by 2030, we depend completely on low-hanging fruit solutions such as electrification, offshore wind and energy efficiency, combined with gas-based solutions (like hydrogen, ammonia and CCS) that will play an even bigger role after 2030. In short, we depend on a portfolio of different solutions, and in some cases tailor-made solutions for each field.

Listen to the SINTEF podcast episode about emissions reduction on the Norwegian continental shelf (the episode is in Norwegian):

We must reduce the cost of electrification

Running an oil platform is an energy-intensive process, and estimations show that full electrification of the NCS will require 15 TWh – which corresponds to about 10 percent of Norway’s total energy use in 2021. Electrification is one of the largest research focuses of LowEmission and other research efforts SINTEF is involved in, such as NorthWind and Ocean Grid.

At LowEmission, we look for solutions that can reduce the costs without negatively affecting the energy system’s reliability. A stable and predictable delivery of power is a fundamental requirement relied upon by Norwegian industry. With a partial electrification of the NCS, the reliability of supply would have to be equally satisfactory both on land and on offshore platforms.

To ensure enough power can be delivered, we will need to install high tension subsea power cables in combination with converter stations to enable long-distance AC transmission. To this end, we are researching new cables, without protective metal sheaths and therefore lighter, cheaper to manufacture and less expensive to install.

The power system must be built step-by-step, but in a coordinated way

Electrifying the NCS should be carried out by stages, to reduce costs. The most important detail to keep in mind is that the various projects in the North Sea are built in such a way that allows them to be connected to each other. Given a partial electrification of the NCS and development of offshore wind, the North Sea network can enable the offshore “energy hubs” that will provide power to the platforms to become net exporters of power, instead of net importers. The hubs can then be built upon to create large energy islands, each connected to up to 30 GW of installed offshore wind capacity. These energy islands can offer large cost savings, while enabling the transport of wind energy via carriers such as hydrogen, and they can send power back to the shore, in the long term.

Connecting energy hubs and energy islands to international hubs, in a multinational offshore power grid, would allow for even more offshore wind development. To get there, we need a close collaboration between the countries bordering the North Sea, where each participant takes a share of the risks and rewards. Our analyses performed using the EMPIRE model of the European power market show that the offshore wind potential gets best utilised if it’s connected to a network of subsea cables linking Norway with hubs in the North Sea and other European countries.

Emissions can also be significantly reduced by making the core operations of oil and gas platform more energy efficient, by optimising drainage and processing. Currently, the power generated by gas turbines goes towards injection (about 30%), gas compression (about 40%) and other operations like transport and auxiliary loads (about 30%).

So, about a third of the power from the turbine goes directly to pump water or gas up and down from the reservoir, to ensure proper pressure support and drainage. Gas compression, as well as transporting the pumped flow to the platforms, are also energy-intensive processes.

The need for pressure support increases with the age of a field, along with the share of water and gas that are pumped up. This in turn increases the CO₂ footprint of the field (because more water and gas are pumped, to extract the same amount of resource. The worst offenders when it comes to emissions are therefore the oldest fields – they are also the fields where it is most difficult to reduce emissions, since the infrastructure has a short remaining life span, which makes improvements costly while giving little time to benefit from them. Through energy efficiency measures alone, the total emissions on the NCS could be reduced by up to 20 percent.

LowEmission also works on increasing the energy efficiency of the drainage process. We do this by calculating the amount of energy used in the flow processes. This allows us to see which parts of the processes have the biggest potential for energy savings – while keeping production at a stable, high level. Our measurements have given us an optimisation framework for both energy use and costs.

Optimising processes both in-well and topside involves identifying the areas where energy gets wasted, and establishing the potential for energy savings in transport and processing systems (for example), through recovering pressure and heat losses in various processes.

Another important aspect of our research is to examine processes on the platforms and under the seabed as a whole. By modelling these processes in an integrated manner, we discover larger potentials for emissions reduction than if we studied them separately. Different drainage strategies will impact the energy use topside in different ways – and the limitation of process equipment must also be taken into account.

Inversely, the reservoir itself will respond to any change in the inlet pressure from a platform, or the injection pressure; this too must be taken into account when optimising top-side. Flexible processes (injection, production and transport) can help enable the integration of renewable energy sources like wind power, when used together with other measure such as energy storage. To find the best strategy, we must understand the interplay between reservoir, transport and processing, including the technical and physical limitations and time constraints.

Gas turbines can be improved or replaced

The turbines powering the oil production on offshore platforms need to provide power continuously, and their energy source today is natural gas. A gas turbine typically has an efficiency rate of 25 to 40 percent. This means that not all the energy released by combusting the gas gets converted to electricity. Over half of it dissipates as heat. Some of this excess heat gets used for processes on the platform.

Since over 80 percent of the CO₂ emissions from oil and gas comes from gas turbines, the potential for improvements on this front is significant. These improvements range from making the turbines more efficient, to recovering their excess heat and introducing better designs; they can even include entirely new combustion technologies using carbon-free fuels.

Reducing emissions from gas turbines can be done by recovering the excess heat from their flue gas to produce electricity – through a process called bottoming cycle. This technology is already tried and tested, but it requires the installation of additional equipment on platforms that have limited extra space and load capacity. We are therefore working on developing compact and lightweight designs, that include for example the use of other liquids than water to run the turbines.

Both hydrogen and ammonia are viable options to decarbonise the gas turbines entirely. This requires improving existing combustion technology and developing entirely new solutions. Hydrogen can be produced both through electrolysis and with natural gas (in the latter case, with carbon capture and storage, to eliminate those emissions). On the platforms, existing pipe infrastructure can be used to blend hydrogen with the natural gas, which can be an effective emissions reduction solution if hydrogen is produced at times when there is a surplus of power. Hydrogen and ammonia can be used not only in oil production, but also in shipping, and to store surplus energy generated by wind power. Using these fuels in this manner would establish a whole value chain.

Fuel cells are among the most promising zero-emission technologies because they convert hydrogen to electricity, with water being the only by-product. The technology is tested and already in use in a variety of industries, like transportation. On oil platforms, fuel cells could either replace gas turbines entirely, or be used in a hybrid solution. For this to happen, the fuel cells would have to respect the load-bearing limitations of the platforms, and provide an adequately reliable supply of electricity.

At LowEmission, we are looking at two different solutions that can be used on platforms. Proton-Exchange Membrane Fuel Cell (PEMFC) and Solid Oxide Fuel Cell (SOFC). PEMFCs work at low temperatures and are fueled with pure hydrogen. This technology is used in some hydrogen cars today. SOFCs require temperatures over 500 degrees, which makes them less flexible and impacts the reliability of their electricity supply. This is due to the long time they require to start up and shut down. That being said, one advantage they have is that they can run on other fuels like natural gas or ammonia.

We need a variety of solutions to reduce emissions

To reach the target of 50% emissions reduction by 2030 on the NCS, we need to implement a variety of solutions. To get there, the lowest hanging fruits are electrification from land and with offshore wind, and improving energy efficiency on the platforms and in-well. These technologies are the ones most likely to play a key role in emissions reduction on the NCS between now and 2030.

0 comments on “Reducing emissions in oil and gas: how other technologies than electrification can contribute”