Thursday 12 November was an important and encouraging day for Carbon Capture and Storage (CCS) in Europe.

In the morning there was a high-level hearing in the European Parliament entitled ‘Towards a global CCS breakthrough: Lessons from abroad & a plan for the EU”, where around 120 attendees participated. This hearing was hosted by MEPs Theresa Griffin (S&D, UK) and Krišjanis Karinš (EPP, LV), ZEP, the CCSA and GCCSI, in association with the GATEWAY project and the UK Foreign and Commonwealth Office. 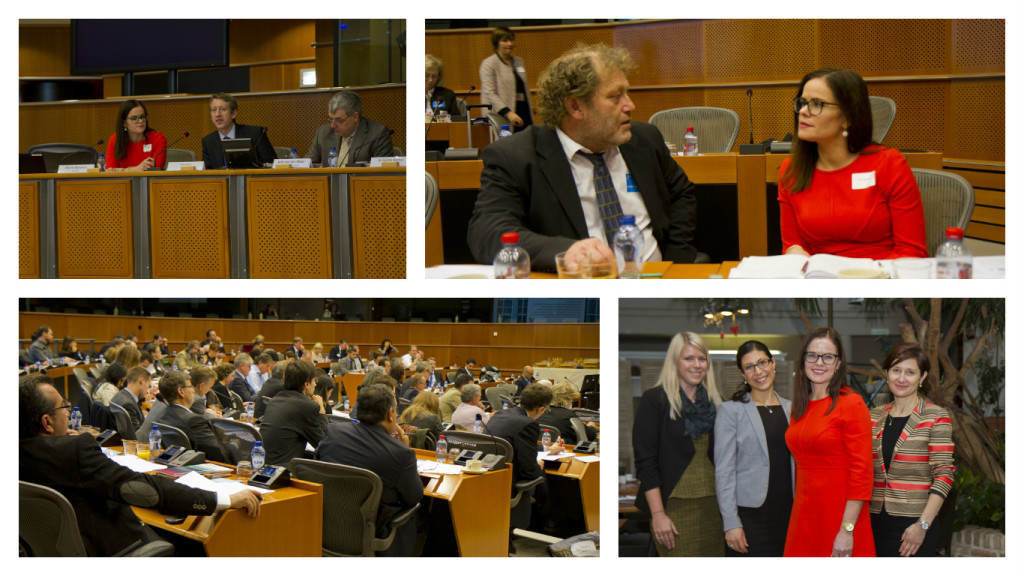 Projects from power-, cement- and steel sectors in the US, Canada and Norway discussed their experiences before a high-level discussion on the EU policy framework and the role for CCS in achieving EU energy and climate objectives. Recent work from ZEP on an Executable plan for CCS in Europe was highlighted, providing the steps needed for full deployment of CCS in Europe. The main conclusion was that CCS is technologically feasible and that CCS deployment is now only dependent on financing and policy incentives.

Here are some of the take-home messages:

You can watch the whole event here.

“Europe should not be dancing in the corner of the ball room alone, while the US and China are doing a tango in the centre.”

After the hearing in the parliament, the GATEWAY project held it’s external kick-off at Leopold Hotel – a short walk from the parliament. The event had succeeded in attracting key stakeholders from policy-making institutions, governments, industry, research and NGOs. The event opened with a nice lunch, before starting on the agenda.

Following an introduction about the project, a handful of high-level stakeholders elaborated on the following issues:

Graeme Sweeney (ZEP chairman), Michael Schutz (DG Energy), Gerdi Breembroek (Netherlands Enterprise Agency), Stuart Hazeldine (University of Edinburgh) and Andrew Purvis (CCS Institute) had prepared 3 minutes statements. And there was no shortage on impulse statements from others in the audience.

Varied advice on Carbon Capture and Storage in Europe

There was broad consensus that there is a need for critical investments in transport and storage infrastructure in the coming decade.  And it needs to happen fast, which involves taking risks. The advice we got varied, and was to some extent conflicting, but the interest and the engagement gathered in the room that day is very promising for Europe and the deployment of CCS.

Find out more about GATEWAY on the newly launched website!

0 comments on “EU Parliament hearing: A good day for Carbon Capture and Storage in Europe”