Professor Gary T. Rochelle of University of Texas at Austin has been given the SINTEF and NTNU CCS Award 2015. He received the award for his long-lasting contributions within CO2 capture, in particular for his efforts in development of post-combustion technologies. The award ceremony was held at the banquet of the eight “Trondheim Conference of CO2 Capture, Transport and Storage” (TCCS-8) on June 17. 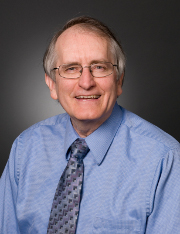 Gary T. Rochelle is Professor in chemical engineering at the McKetta Department of Chemical Engineering, The University of Texas at Austin. His wide range of research activities includes: control of air pollution by acid gases, carbon dioxide, and air toxics, CO2 capture, flue gas desulfurization, acid gas treating, CO2 mass transfer with chemical reaction, electrolyte thermodynamics, and reaction kinetics in aqueous solutions. He receives the SINTEF and NTNU CCS Award for his contributions within CO2 capture. Rochelle has his B.Sc./M.Sc. from MIT (1971), and his Ph.D. from University of California, Berkeley (1977), both in chemical engineering.

In its deliberation, the Award Selection Committee states that Professor Rochelle is given the award based on the far-reaching impact on the development of new technologies for CO2 capture from exhaust gases by absorption. He has made important and impressive contributions over the last 20 years, making the work conducted at UoT Austin a world standard. In particular his work is related to solvent development, process modifications and environmental impact. The Committee emphasizes that Professor Rochelle over several years has been an instrumental partner for NTNU and SINTEF within the field of post-combustion technologies. His long-lasting cooperation with Professor Hallvard Svendsen’s research group at NTNU has been very fruitful for both parties, and for years they have offered joint PhD courses, workshops and seminars. Professor Rochelle is also a member of the Scientific Committee for the BIGCCS Centre and is involved as an advisor for various SINTEF projects. Professor Rochelle has a formidable scientific record with 241 registered papers in the Scopus data base, with an h-index of 40.

This was the third time the SINTEF and NTNU CCS Award was presented. Earlier winners are Erik Lindeberg, SINTEF (2011) and Tore A. Torp, Statoil (2013). The Award Selection Committee 2015 has consisted of John Gale (IEAGHG), Andy Chadwick (BGS, UK), and Paul Feron (CSIRO, Australia). Nils Røkke acted as secretary to the Committee.