Interest in CO2 storage continues to grow following the announcement of Norway’s Longship investment. Now, a new reference dataset from Norway’s proposed Smeaheia storage field is available on an open access basis for researchers and engineers around the world to use and learn from. The subsurface data, reports and geomodels related to assessment of potential CO2 storage sites should help others working in the field of CCS.

The Smeaheia dataset is a reference dataset containing subsurface data, reports and geomodels related to assessment of proposed CO2 storage sites in the Smeaheia region, Hordaland Platform offshore Norway. Smeaheia has been under consideration as a possible site for storage of CO2 both as part of the Northern Lights full-scale CCS project in Norway, as well as for earlier projects (such as previous plans for a CO2 capture at Mongstad).  The site is of continued interest for future storage.

Investigations into the site were carried out in several stages. Firstly, Gassnova carried out a pre-feasibility study from 2009 to 2012 into the Troll Kystnær area, which generally coincides with the location of the Smeaheia site. Work from this investigation was used as the starting point of a second feasibility study at the site, undertaken in 2016 by Equinor.

From the pre-feasibility phase this dataset contains 2D and 3D seismic data, well reports, pressure and temperature data, geomechanical and stress data, a static geomodel and a dynamic simulation model. The data from the feasibility study also includes some re-interpretation of the existing seismic data and a new simulation model.

2D seismic lines are released and were used to interpret key seismic horizons and faults during the pre-feasibility study. They are complemented by interpretation from two 3D seismic surveys, which also are shared. These interpretations were used for evaluation and characterization of the storage prospect, seal and overburden and as input to the geo- and simulation models. The 3 D seismic surveys were also used in conjunction with the well data to create a velocity model to convert horizons from time to depth.

The dataset includes depth-converted surfaces derived from the seismic data. It is used for evaluation of the containment integrity (reservoir and seal presence, extent and thickness) as well as characterization of the overburden.

The included re-interpretation of faults in the seismic data are useful for containment evaluation and characterization as well as leakage risk assessment both in the storage site and in the overburden. The interpretations were also used as input to create the geo- and simulation models.

The reports are inputs to containment (storage reservoir and seal) evaluation and characterization. Some of the content of the reports are useful inputs to perform a leakage risk assessment.

CO2DataShare, a platform for sharing CO2 storage data, was launched in 2020. The portal builds on UNINETT Sigma2’s solution for data storage combined with a tailored frontend developed using the open source software CKAN. In addition to the Smeaheia data, it is currently also sharing data from the Sleipner CO2 storage project.

The Northern Lights CCS project has released the datasets from the confirmation well 31/5-7 Eos drilled in the North Sea. 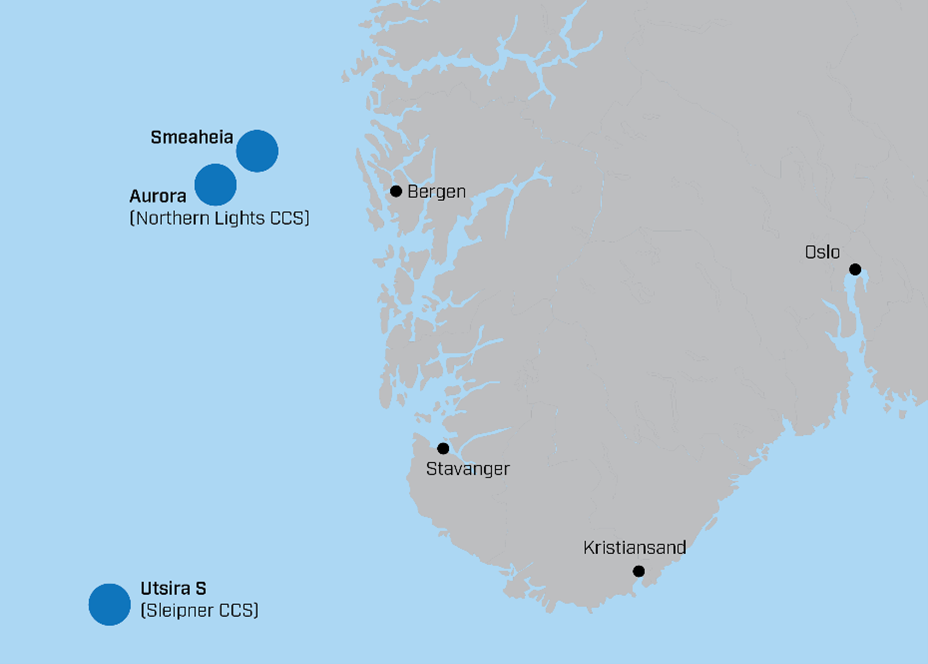