People have been making biocarbon in the form of charcoal from time immemorial, and have used it throughout history for a variety of purposes because of its many excellent properties. Traditionally, charcoal production has been very inefficient and often accompanied by significant negative impacts on health and the environment, even though these weren’t necessarily perceived at the time. 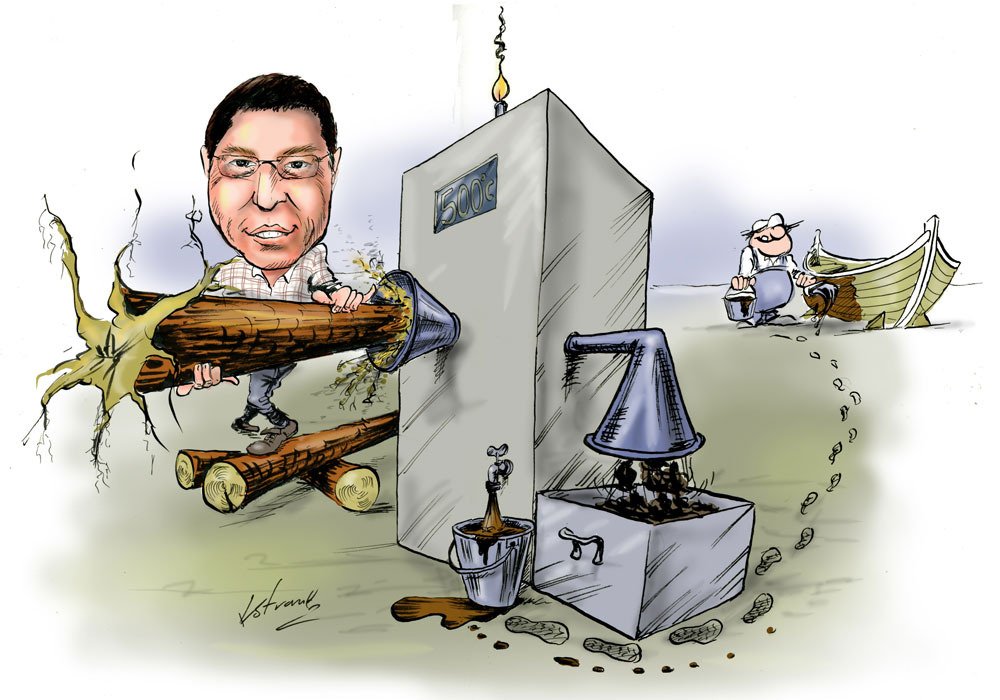 Today the situation is different. We have a major focus on energy efficiency, the exploitation of by-products such as gas and tars from the biocarbon production process, and high yields of biocarbon with properties that comply with end-users’ demands.

However, in spite of this focus, it has unfortunately proved to be challenging to accomplish these aims in practice, and there is a great need for research and development into how to achieve what we would call a sustainable biocarbon value chain.

Most people are very familiar with biocarbon in the form of charcoal, at least those of us who haven’t grown up with a gas-powered grill. What many people don’t know is that biocarbon is an excellent fuel when compared with wood, both for cooking and in terms of its combustion properties. Grilling sausages on a bonfire may be a lot of fun, and the sausages usually taste good, but this is where the superlatives end. This is quite simply an lousy combustion process, both in terms of its negative environmental impact and energy efficiency. 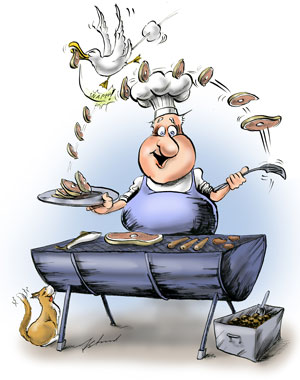 What makes biocarbon an excellent fuel is that it is in solid form and quite unlike damp wood, which contains a lot of water and more than 80% gases that are just waiting to be released as soon as it starts burning.

The combustion of firewood logs or, even worse, sweepings or other rubbish that you might throw onto the fire, is a process that requires dedicated and optimised combustion devices such as modern, environmentally-friendly, wood stoves, or larger facilities equipped to regulate the combustion process and scrub the emissions.

Biocarbon as a reducing agent in the production om metals

There is currently a major focus on biocarbon in the Norwegian metallurgical industry due to its properties as a reducing agent in the production of silicon and a variety of metals. Historically, and due mainly to the availability of inexpensive hydroelectricity, there has been, and still is, a substantial metallurgical industry in Norway. In order to produce silicon and metals, oxygen must be removed from the ore or raw materials involved. This is a very energy-demanding process that also requires access to a supply of solid carbon. Simply put, it is the carbon that strips the oxygen from the quartz or metal oxide. Today, the most common fossil carbon reducing agents are coal and coke.

Today in Norway, biocarbon is used to some extent for silicon production, where the transition from using traditional reducing agents generates the fewest challenges. Unfortunately, this biocarbon is not sourced from Norwegian forests, but is imported from Asia.

So, why all this talk about biocarbon?

Well, the reason is that it is desirable to achieve large-scale biocarbon production from Norwegian forests, for use in Norway. For this to become a reality, it is necessary to establish a complete and sustainable biocarbon value chain. In other words, we need a dedicated focus on energy efficiency and environmental impact, combined with a value chain that is economically viable. Thus in Norway, with costs in mind, there will have to be an unswerving focus on the optimisation of all aspects of the biocarbon value chain – from the forest to the end-user.

Are we there today? No, not yet. We still have a long road ahead of us, but we are well on our way to achieving this aim. Many completed and current research projects have the creation of sustainable biocarbon value chains as their main overarching objective. However, there remains a significant need for additional research if we are to achieve our overall aim. Norwegian public authorities and the Research Council of Norway understand this and are demonstrating their commitment by funding a variety of projects addressing this topic, from basic research to innovation projects supervised by industry.

One such project is called BioCarb+, which has recently been completed. This was a large-scale knowledge-building project involving industrial sector participation from forestry to the end-users in metallurgy and energy production.

Take a look at the BioCarb+ handbook or, if you’re really keen, look at the scientific publications from the project.